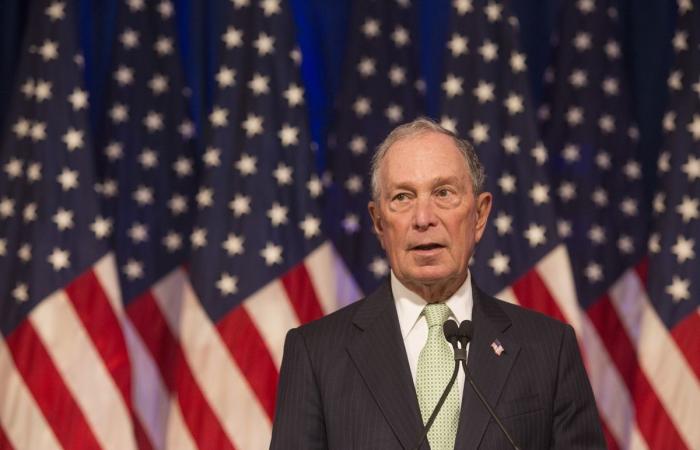 Thank you for reading the news about Trump would defeat any of his Democratic White House rivals: Bloomberg and now with the details

Bloomberg, 77, a billionaire media mogul and former New York mayor, was a late entry into the race last month.

Bloomberg, 77, a billionaire media mogul and former New York mayor, was a late entry into the race last month. He has been privately disparaging of his Democratic presidential rivals but this was the first time he had been so critical of them in public.

In an interview on CBS's This Morning, Bloomberg said: "I looked at our national government getting worse, the way we're behaving overseas and domestically, led by our president. I said back in 2016, 'He is the wrong person for the job. He doesn't have the temperament or the ethics or the intellect to do the job.'"

Bloomberg added: "And I said, 'We just can't have another four years of this.' And then I watched all the candidates. And I just thought to myself: 'Donald Trump would eat 'em up."

Bloomberg, a former Republican and independent, fears that liberal candidates such as US Senators Elizabeth Warren and Bernie Sanders, and their proposed costly expansion of government programmes, will alienate voters in battleground states.

Bloomberg and 14 other Democrats are vying to become the party's nominee to take on Republican President Trump in next November's election. The nominating contest begins in Iowa on February 3.

These were the details of the news Trump would defeat any of his Democratic White House rivals: Bloomberg for this day. We hope that we have succeeded by giving you the full details and information. To follow all our news, you can subscribe to the alerts system or to one of our different systems to provide you with all that is new.