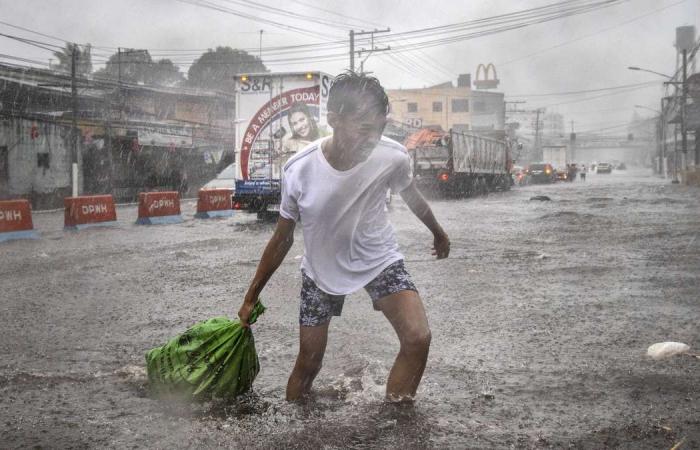 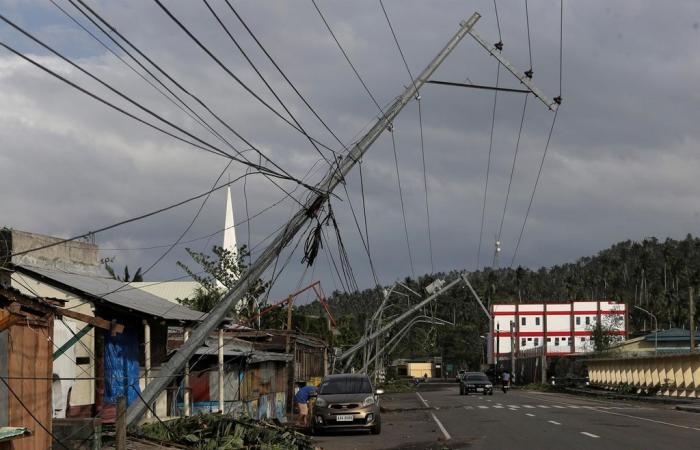 Thank you for your reading and interest in the news Typhoon Kammuri: Filipinos in the UAE worry for their families back home and now with details

Hind Al Soulia - Riyadh - Filipinos living in the UAE are worried for their relatives caught in the path of deadly Typhoon Kammuri, currently bearing down on the country.

The storm, which has wind speeds equivalent to a category four hurricane, made landfall on the country’s largest island, Luzon, on Monday.

Erlinda Rodriguez, 51, from Bulan Sorsogon in southern Luzon, works as a domestic helper in Abu Dhabi. She has not been able to contact her family since the typhoon hit her province on Monday.

" I'm really worried about my family. My son's girlfriend is about to give birth to twins," said Ms Rodriguez, who has lived in the UAE for nine years.

Her husband, two sons and sister still live in her home town, along with 11 extended family members.

"I have been sending messages but if they don't have electricity, they can't charge their phones. Sometimes, after a typhoon, it will take three to four days before the electricity will come back because the pylons fall down and they need to clear up before it's reconnected."

Ailene Belleza, 29, said she too has been unable to contact her family of nine, who live in the heart of the typhoon-stricken area, since Monday night.

“I couldn’t sleep all night because I’m very worried. I had earlier spoken to my sisters and they told me horrific things had happened to other homes in our neighbourhood,” the cashier at Seef Mall in Ajman said.

“With no electricity in the area, I think my family’s mobile phones are out of charge.”

Ms Belleza last saw her family in her home town of Iriga City in 2017 and is planning to visit them again in March.

“I really pray no harm will happen to them or anyone else.”

She said her uncle’s house, located close to her family’s home, collapsed as a result of the typhoon and he has since moved into her parents’ home with his wife.

“My family told me that trees have fallen due to very strong wind and rain on top of many homes in the neighbourhood.”

Ms Belleza is particularly concerned for her mother, who is paralysed from the waist down.

“I know my two sisters and five brothers are there taking care of her but I’m afraid because she is very nervous about the typhoon.”

About 200,000 people have been told to leave their homes on the coast and in mountainous areas to protect them from flooding and landslides caused by the storm, which brought 215kph winds and torrential rains.

Kanmuri was expected to reach Manila by the early afternoon on Tuesday. Flights were suspended at the capital’s Ninoy Aquino International Airport for 12 hours from 11am to 11pm local time before its approach.

These were the details of the news Typhoon Kammuri: Filipinos in the UAE worry for their families back home for this day. We hope that we have succeeded by giving you the full details and information. To follow all our news, you can subscribe to the alerts system or to one of our different systems to provide you with all that is new.