Coronavirus: Latest updates as WHO says too early to say whether outbreak has peaked 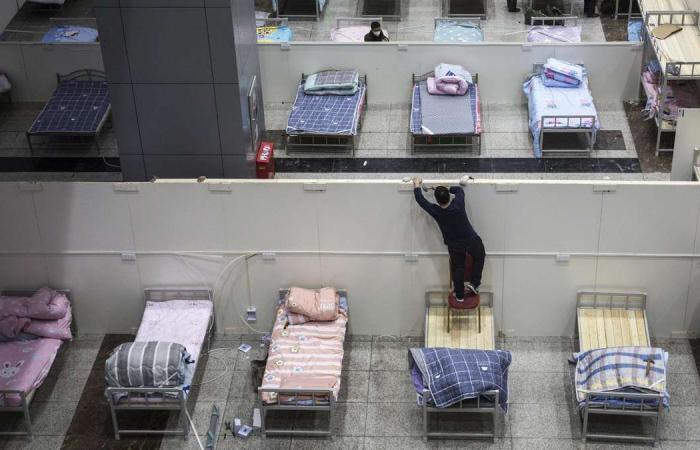 Thank you for your reading and interest in the news Coronavirus: Latest updates as WHO says too early to say whether outbreak has peaked and now with details

Hind Al Soulia - Riyadh - A Taiwanese national jailed in South Korea is taken to a hospital by health officials after complaining of symptoms of the novel coronavirus at a police station in Gwangju, South Korea. The man tested negative for the virus. EPA

South Korean Prime Minister Chung Sye-kyun (R) sanitizes his hands before attending a meeting to discuss measures to prevent the spread of the novel coronavirus. EPA

Personnel clad in protective gear and tasked to provide care for suspected coronavirus patients on board the Diamond Princess cruise ship prepare to leave as over 3,700 people remain quarantined onboard. AFP

A woman wearing a facemask plays a video game on her smartphone on a subway train in Tokyo. AFP

Ambulances wait to transfer patients who tested positive for the new coronavirus from the Diamond Princess cruise ship docked off the coast of Japan. AFP

Staff members disinfecting a bus in Qingdao, in China's eastern Shandong province, amid a virus outbreak that originated from Hubei's provincial capital city of Wuhan. AFP

Staff members disinfecting a bus in Qingdao, in China's eastern Shandong province, amid a virus outbreak that originated from Hubei's provincial capital city of Wuhan. AFP

Passengers onboard the Diamond Princess cruise ship wave from their balconies as the ship docks at the Daikoku Pier Cruise Terminal in Yokohama, Japan. AFP

A man wearing a protective facemask walks in Yu Park in Shanghai. AFP

Medical workers prepare traditional Chinese medicine at a TCM hospital as the country is hit by an outbreak of the new coronavirus. cnsphoto via Reuters

A woman wearing a protective facemask looks on in Yu Park in Shanghai. AFP

These were the details of the news Coronavirus: Latest updates as WHO says too early to say whether outbreak has peaked for this day. We hope that we have succeeded by giving you the full details and information. To follow all our news, you can subscribe to the alerts system or to one of our different systems to provide you with all that is new.