Nevin Al Sukari - Sana'a - HONG KONG, Dec 16 — China announced Monday they have arrested more than one person at a temporary police checkpoint on a mega cross-border bridge, including a Hong Konger who was reported missing over the weekend by his family.

It is the first time mainland officers have confirmed arrests on the artificial island that connects an enormous tunnel and bridge system linking Hong Kong to the cities of Macau and Zhuhai on the other side of the Pearl River Delta.

The man’s son told local media Saturday that after his father had texted to say he was being detained at a mainland police checkpoint he had been unable to find out what happened and had filed a missing person case with Hong Kong officers.

On their official social media account, the force said the man—surnamed Chung—was one of an undisclosed number of wanted criminals detained since the island checkpoint was set up on December 10.

The 53-year-old was wanted by Shenzhen Airport customs authority over a mobile phone smuggling case from seven year ago, police added.

“Since the force started to conduct security checks on individuals and vehicles going to Macau and Zhuhai via the bridge from Hong Kong, they have found a number of criminal suspects at large,” Guangdong police said in its announcement.

The man’s son—who requested anonymity—confirmed to AFP that the identifying details given by Guangdong police matched his father’s. He added his family were not aware of the alleged smuggling offences.

China’s apprehension of Hong Kongers is a controversial subject.

They were initially sparked by a now abandoned attempt to allow extraditions to the authoritarian mainland but have since morphed into a popular revolt against Beijing’s rule amid spiralling fears that the city is losing some of its unique liberties.

Usually there are no extra security checks on the artificial island—which lies within China’s mainland jurisdiction—and vehicles pass straight through.

But a checkpoint appeared earlier this month as Macau prepares to celebrate the 20th anniversary of its handover to China next Friday—an event President Xi Jinping will attend.

It was manned by dozens of heavily armed SWAT officers, and bus passengers had their luggage, faces and identity documents screened. — AFP

These were the details of the news Chinese police confirm Hong Kong cross-border bridge arrests for this day. We hope that we have succeeded by giving you the full details and information. To follow all our news, you can subscribe to the alerts system or to one of our different systems to provide you with all that is new. 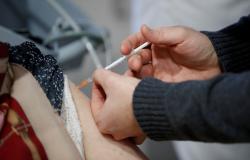 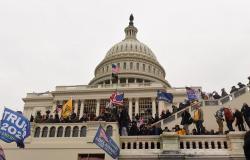 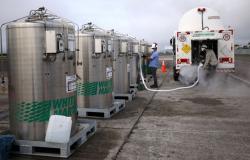 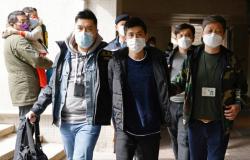