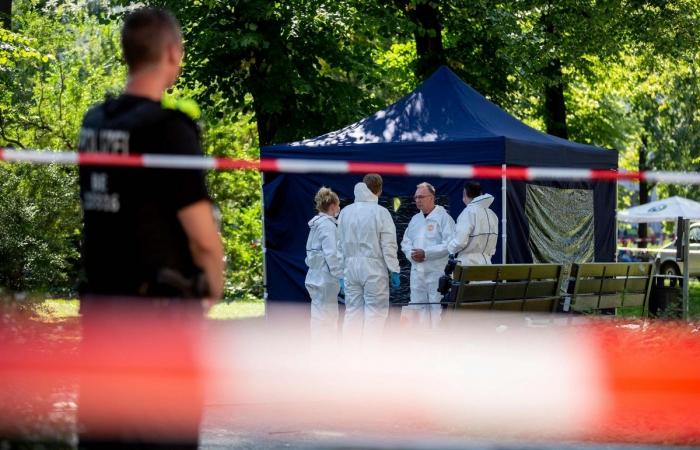 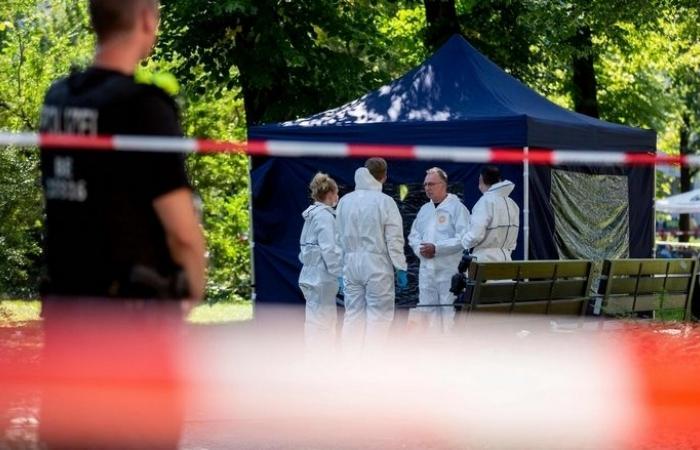 Aden - Yasmine El Tohamy - Forensic experts of the police securing evidences at the site of a crime scene in Berlin's Moabit district, where a man of Georgian origin was shot dead.- AFP

Germany expelled two Russian diplomats on Wednesday after prosecutors said Moscow could be behind the killing of a former Chechen rebel commander in a Berlin park.

Zelimkhan Khangoshvili, a 40-year-old Georgian national, was shot twice in the head at close range in Kleiner Tiergarten park on August 23, allegedly by a Russian man who was arrested shortly afterwards.

The suspect in the killing was said to be riding a bicycle and was seen by witnesses afterwards throwing the bike and a stone-laden bag with a gun into a river.

Police also recovered a wig he was alleged to have used. He has until now been named by police only as Vadim S. but evidence revealed by German prosecutors on Wednesday indicated this may have been a fake identity.

The case has been compared with the poisoning of former Russian agent Sergei Skripal in Britain last year with a Soviet-era nerve agent, which plunged relations between London and Moscow into a deep freeze.

These were the details of the news Germany expels Russian diplomats over Berlin murder for this day. We hope that we have succeeded by giving you the full details and information. To follow all our news, you can subscribe to the alerts system or to one of our different systems to provide you with all that is new.