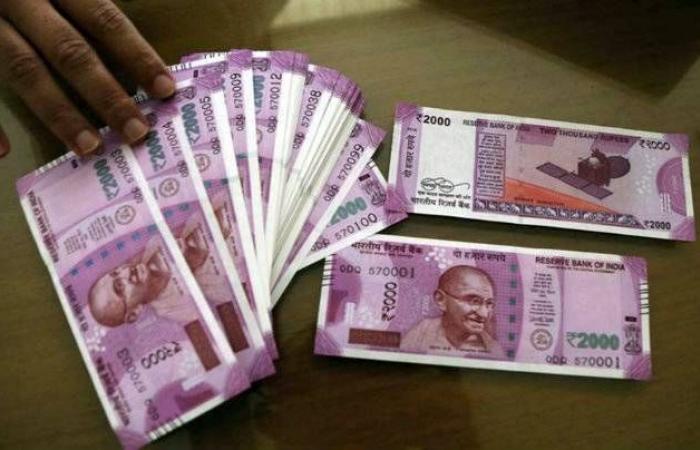 Thank you for reading the news about Small firms in India fear Rs 2,000 ban, ask cashiers to deposit in banks and now with the details

Aden - Yasmine El Tohamy - Internal advisory by a logistics firm on the possible demonetisation has been making the rounds.

Amid rumours about demonetisation of Rs 2,000 bank notes, some companies have advised their cashiers to not accept the high-value pink notes from the customers.

They have also directed their accountants to deposit cash balances of Rs 2,000 notes in banks.

An internal advisory by a Karnataka-based logistics firm on the possible demonetisation has been making the rounds on social media but its authenticity could not be ascertained immediately. Multiple attempts to reach the firm on the telephone number given on the advisory went in vain.

While the market has been abuzz with imminent ban of the Rs 2,000 denomination it got fresh fuel after former Economic Affairs Secretary SC Garg wrote in a policy prescription that people may have hoarded black money in the new currency.

He also said that high-value notes can be demonetised without causing any disruption.

"A good chunk of Rs 2,000 notes are actually not in circulation, having been hoarded. Rs 2,000 note, therefore, is not presently working as a currency of transaction," Garg had said.

"A simple method, depositing these notes in the bank accounts (no counter replacement), can be used in managing the process," the former bureaucrat said in a 72-page policy suggestion.

As per his estimate, the Rs 2,000 bank notes account for about one-third of currency notes in circulation in value terms.

These were the details of the news India News - Small firms in India fear Rs 2,000 ban, ask cashiers to deposit in banks for this day. We hope that we have succeeded by giving you the full details and information. To follow all our news, you can subscribe to the alerts system or to one of our different systems to provide you with all that is new.