Coronavirus: what is the illness originating from Wuhan in China? 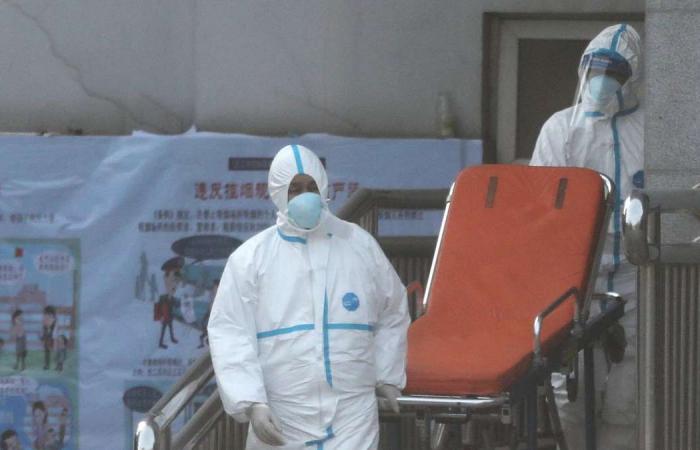 Thank you for your reading and interest in the news Coronavirus: what is the illness originating from Wuhan in China? and now with details

Hind Al Soulia - Riyadh - A new strain of virus that was previously unknown to scientists has spread across China in recent days, as well as Hong Kong, Japan, South Korea and Thailand.

So far, the strain has killed four people and 218 cases have been diagnosed, but that number is thought to be higher.

Beijing and Shanghai confirmed their first cases of the virus on Monday while more than a dozen more emerged in southern Guangdong province and 136 were found at the weekend in Wuhan, state broadcaster CCTV reported.

The outbreak has led to the World Health Organisation calling an emergency meeting for Wednesday to stop it spreading.

What is the virus?

After samples were taken from patients and analysed, Chinese officials and WHO staff concluded the strain was a coronavirus.

Severe acute respiratory syndrome, or Sars, which killed nearly 650 people mainland China and Hong Kong in 2002 and 2003, was caused by a coronavirus.

There are many types of coronavirus, but only seven, including this one, are known to infect people.

How did it begin?

The exact cause has not yet been determined but scientists believe it would have come from live animals.

WHO said today that an animal source seemed to be "the most likely primary source", with "some limited human-to-human transmission occurring between close contacts".

The cases were first reported in South China Seafood Wholesale Market, in Wuhan, last month. But the virus is not thought to be seabourne. The market also has live wild animals, including bats, chickens, rabbits and snakes.

How dangerous is it?

Coronaviruses can cause symptoms ranging from a mild cold to death.

But the new strain has caused particular alarm because of its connection to Sars.

"When we see a new coronavirus, we want to know how severe are the symptoms," Prof Mark Woolhouse, from the University of Edinburgh, told the BBC.

"This is more than cold-like symptoms and that is a concern, but it is not as severe as Sars."

Experts say it is too soon to know how many people will become ill from the virus.

But UAE authorities said on Monday they were on standby to deal with any cases of a respiratory infection reported in China.

The UAE’s Ministry of Health and Prevention said it was closely following updates on the coronavirus.

How does it spread and how quickly?

The virus is contagious between humans, a government expert said on Monday.

It was initially thought to be quite benign, but many new cases have been reported recently and it has spread out of China to the other three Asian countries.

The two cases in Thailand, one in Japan and another in South Korea were all on people travelling from Wuhan.

Foreign airports have taken extra measures to monitor people travelling from the Chinese city, which has a population of more than 11 million people.

What are scientists saying?

Zhong Nanshan, a renowned scientist at the National Health Commission who helped to expose the scale of the Sars outbreak, said patients could contract the new virus without having visited the city.

Dr Zhong told state broadcaster CCTV that the virus could spread between humans.

Fourteen medical personnel helping with coronavirus patients have also been infected, he said.

Dr Zhong predicted an increase in viral pneumonia cases during the Lunar New Year holiday, which is the world's biggest annual travel rush.

But he said he was confident the spread of the virus could be curbed, China's official Xinhua news agency reported on Tuesday.

What is China doing about it?

On Monday, President Xi Jinping said it was top priority to protect the live of people and that the spread of the epidemic "should be resolutely contained".

Mr Xi said it was necessary to "release information on the epidemic in a timely manner and deepen international co-operation", and ensure people had a "stable and peaceful Spring Festival".

Those infected have been treated in quarantine to stop the spread of the virus and other checks have been carried out to determine whether people travelling have the illness, such as temperature scans.

These were the details of the news Coronavirus: what is the illness originating from Wuhan in China? for this day. We hope that we have succeeded by giving you the full details and information. To follow all our news, you can subscribe to the alerts system or to one of our different systems to provide you with all that is new.