Facebook’s ad library, which it launched in the UK in 2018, is a public tool for users to view political advertising on the platform.

The problem, first reported by Sky News, affected ads from the ruling Conservative Party, the Brexit Party and the Liberal Democrats. It was not immediately clear if any Labour Party ads were affected.

“We have fixed the bug and all of the impacted ads in the UK are now back in the ads library,” Facebook said in a statement.

A spokesman also confirmed that some ads in the United States were affected, but declined to answer questions on the scale of the issue there.

Facebook’s ad library has been a cornerstone of the social media giant’s efforts to be more transparent about its role in elections, but researchers say it is poorly maintained and fails to provide detailed targeting data — for example, how political advertisers target UK voters geographically.

Tristan Hotham, a research consultant with WhoTargetsMe, an advocacy group that tracks digital political advertising, called the ads’ effective disappearance “a catastrophic failure.” “If you’re a researcher you expect to be able to go back and check the data. You don’t expect the library to suddenly lose half of its books,” Hotham told Reuters in a phone interview.

During the problem, certain ads appeared to be searchable by the ID number of the original ad, but not by the usual methods of searching for names or keywords, Reuters found.

In one example, an ad run from Prime Minister Boris Johnson’s Facebook page on December 4 asking voters to “end the chaos, respect the referendum and get it done” could only be located earlier on Tuesday by searching a 15-digit ID number in the database.

Social media companies have been sharing more information about political advertising after US intelligence agencies found that Russia targeted American voters with social media content, including ads, to try to influence the 2016 election.

Russia has denied the allegations.

Facebook has also come under fire in recent months over its decision not to fact-check political ads. Chief Executive Mark Zuckerberg has defended that stance by arguing Facebook does not want to stifle free speech, but he has also said the company will look at how the policy could be refined.

These were the details of the news Thousands of UK political ads went missing from FB for this day. We hope that we have succeeded by giving you the full details and information. To follow all our news, you can subscribe to the alerts system or to one of our different systems to provide you with all that is new. 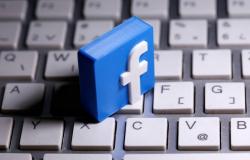 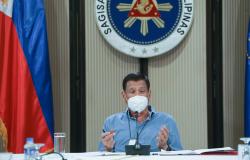