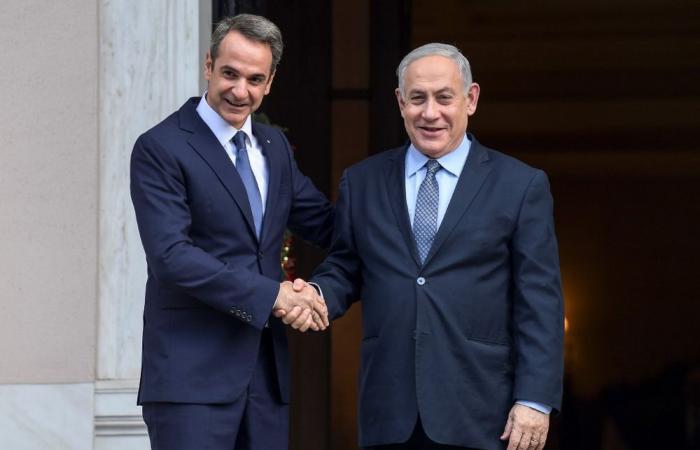 JERUSALEM, Jan 3 — Israeli Prime Minister Benjamin Netanyahu cut short a visit to Greece and flew home today as Lebanon’s Hezbollah demanded revenge for the killing of a top Iranian commander in a US strike.

A source in Netanyahu’s office said that the premier was returning from Athens but did not elaborate.

“Meting out the appropriate punishment to these criminal assassins... will be the responsibility and task of all resistance fighters worldwide,” Hezbollah chief Hassan Nasrallah said in a statement.

The Israeli army today closed a ski resort in the annexed Golan Heights, which border Lebanon and Syria.

“Following a security assessment, it was decided to close Mount Hermon to visitors today,” an army spokeswoman told AFP.

“There are no further instructions for civilians in the area.”

The ski resort on Mount Hermon lies in the Israeli-occupied part of the Golan Heights, which Israel seized from Syria in the Six-Day War of 1967 and later annexed in a move still not recognised by most of the international community.

Across the armistice line sits the Shiite Hezbollah, Israel’s bitter foe with which it fought in 2006.

There has so far been no official Israeli comment on the killing of Soleimani.

The papers reported that Netanyahu had ordered ministers not to comment on the killing.

Yair Lapid, a senior member of the Blue and White alliance seeking to unseat Netanyahu, was however quick to congratulate President Donald Trump in a Facebook post.

“He who led murderous terrorist attacks from Damascus to Buenos Aires and was responsible for the deaths of thousands of innocents got the end he deserved.

“The Iranian regime is a terror regime and, against terror, determination and strength are required,” Lapid wrote.

In the Gaza Strip, the Islamist Hamas movement which rules the territory, condemned Soleimani’s killing but did not make any overt threats.

“Hamas sends its condolences to the Iranian leadership and people,” a statement said.

“Hamas condemns this American crime which raises tension in the region.” — AFP

These were the details of the news Netanyahu hurries home after Hezbollah calls for revenge for this day. We hope that we have succeeded by giving you the full details and information. To follow all our news, you can subscribe to the alerts system or to one of our different systems to provide you with all that is new.