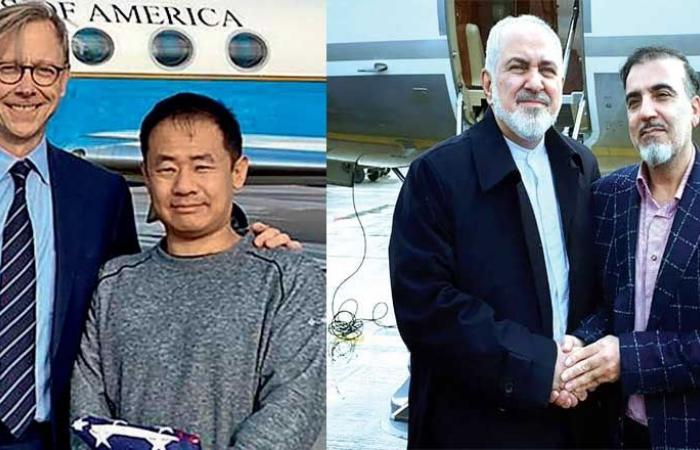 Thank you for reading the news about Iran fully ready for more prisoner exchange: Zarif and now with the details

Iran's Foreign Minister Mohammad Javad Zarif has said that the country was "fully ready" to exchange more prisoners with the US after Washington freed an Iranian stem cell scientist, who returned home after over one year of imprisonment, it was reported on Tuesday.

"After getting our hostage back this week, fully ready for comprehensive prisoner exchange," Zarif said in a tweet on Monday in clear reference to Masoud Soleimani's exchange with Xiyue Wang - a Chinese-born US citizen who had been sentenced to 10 years in prison for espionage in Iran in 2017.

After declaring Iran's readiness to exchange more prisoners with the US, Zarif noted that the issue depended on the will of the American side, adding that "the ball is in the US' court", Press TV reported.

In October 2018, Soleimani, 49, left Iran on a sabbatical but was arrested upon arrival in Chicago and transferred to a prison in Atlanta, Georgia for unspecified reasons.

When he left Tehran, Soleimani, a professor and biomedical researcher at the Tarbiat Modares University (TMU) in Tehran, planned to complete his research on treating stroke patients as a visiting scholar at the prestigious Mayo Clinic in Minnesota.

Prosecutors in Atlanta had accused him and two of his former students of conspiring and attempting to export vials of human growth hormone from the US to Iran without authorization, in violation of American sanctions.

Zarif's remarks came after the spokesman for the Iranian administration said earlier on Monday that Tehran was ready to secure the release of all Iranians held illegally in US prisons, reports press TV.

"We are happy that the US made the right decision in this case to release an innocent Iranian and we also commend the Swiss government for its goodwill," Ali Rabiei said.

"As we said before, we are ready to secure the release of all Iranians who are being illegally held in US prisons."

These were the details of the news Iran fully ready for more prisoner exchange: Zarif for this day. We hope that we have succeeded by giving you the full details and information. To follow all our news, you can subscribe to the alerts system or to one of our different systems to provide you with all that is new.