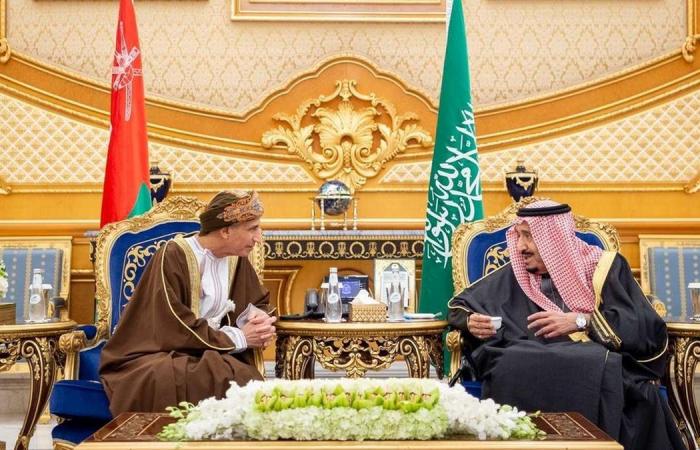 Hind Al Soulia - Riyadh - The Gulf Co-operation Council nations on Tuesday agreed to take a united stance against Iran after a "fruitful and friendly" meeting between the states.

A communique issued after the 40th GCC summit at Riyadh's Al Daraya Palace stressed the need to increase military and security co-operation between the six member states in order to combat Iran’s malign threat.

“Members must complete all necessary measures to ensure the security and safety of the lands of the GCC states, their territorial waters and their economy,” said the statement.

The communique echoed sentiments expressed in Saudi King Salman’s opening address, in which he urged his fellow group members to secure themselves against missile attacks from hostile forces, but praised the GCC's ability to overcome crises in the region.

He also warned against Iran. “The Iranian regime has continued its aggressive policies in the region that undermine the stability of neighbouring countries,” said King Salman.

The GCC states — Bahrain, Kuwait, Oman, Saudi Arabia, the UAE and Qatar — come together every year to discuss trade and security co-operation.

"We found it has been a fruitful and friendly meeting, expressing the depth of brotherhood ties that connect the GCC states and their people together and their real desire to enhance their strength and unity between the GCC in all fields," Mr Al Zayani told a press conference after the meeting ended.

"All the Gulf States will unite against any aggressions and threats in order to bridge the gap between some of the countries to implement the agreements and initiative between the countries," he said.

The communique issued by the parties also called for the drawing up of legislation for regional economic integration by 2025, including financial and monetary unity.

“The challenges facing the region require a strength in co-operation between member states on the economic, cultural, security and political levels that will implement free trade negotiations,” the statement said. This will benefit GCC citizens and enhance the council's international role, it said.

Referencing King Salman's earlier warning on Iran, Saudi Foreign Minister Prince Faisal bin Farhan Al Saud said Tuesday evening, "it is a threat to all, we all understand it is necessary to deal with the threat using the right methods and we are able to stand against them."

Iran must change its behaviour first before coming to the negotiating table to find a peaceful solution to the issue, the Prince said.

“It is difficult to see that Iran can be a part of a security council in the region,” adding the Gulf leaders stressed the importance of solidarity when it comes to facing Tehran’s malicious actions in the region.

“It is difficult to believe that they will be part of apeaceful solution,” he said.

Before the conference began in earnest on Tuesday, speculation had been rife over whether Qatar's Emir Sheikh Tamim Al Thani would attend as part of a thawing of relations after a diplomatic standoff between Qatar and some of the council’s members.

But the Emir did not attend, crashing hopes of a solution to a dispute which included three GCC members — Saudi Arabia, the UAE and Bahrain — cutting ties with Doha in 2017.

The three countries accuse Qatar of interfering in their internal affairs and supporting extremist groups across the region.

Every crisis must come to a negotiated end that is “sincere and sustainable”, the UAE’s Minister of State for Foreign Affairs, Dr Anwar Gargash said.

Yet the absence of Sheikh Tamim from the GCC summit was due to a miscalculation of the situation by his advisers, the UAE official claimed.

“The roots of the crisis between Qatar and the four countries must be addressed in order to get to a solution,” Dr Gargash said on Twitter.

Mr Al Zayani thanked Kuwait for its mediating efforts and said talks are still ongoing in hopes of ending the dispute.

In another development, Mr Al Zayani announced that his position as secretary general will be coming to an end next April.

The GCC official confirmed that the former Kuwaiti Finance Minister Nayef Al Hajraf will be the council’s next secretary general.

Mr Al Hajraf will become the second Kuwaiti to become the GCC’s secretary general since its establishment in 1981.

These were the details of the news GCC heeds King Salman's Iran warning at 40th summit for this day. We hope that we have succeeded by giving you the full details and information. To follow all our news, you can subscribe to the alerts system or to one of our different systems to provide you with all that is new.