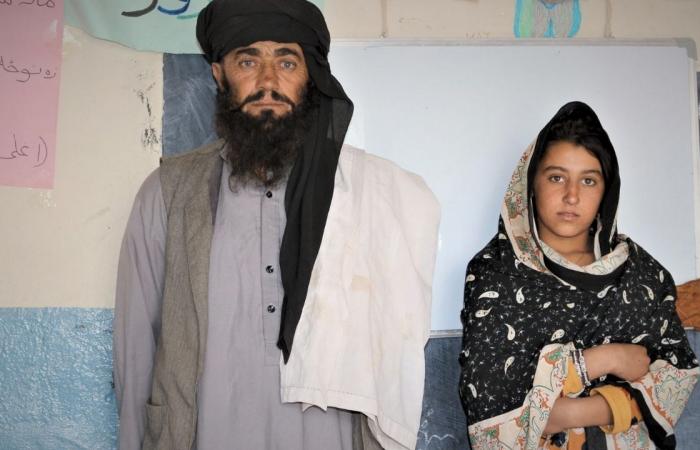 Thank you for reading the news about Daily wage labourer takes travels 12km daily to take daughters to school, wins hearts and now with the details

Aden - Yasmine El Tohamy - Khan said his daughters' education is important to him because there are no female doctors in their area.

A father from Afghanistan is winning hearts after his daily routine to ensure proper education for his daughters made its way to social media.

Mia Khan, who lives in Sharana in Paktika Province, travels 12 kms on a motorbike everyday to get his daughters to school and then waits outside until the school gets over. Khan's story was shared on Facebook by an NGO - Swedish Committee for Afghanistan which also runs the school where his three daughters study.

The opening line of the post on Facebook reads: 'A father who considers educating his daughters a duty'. According to reports in Hindustan Times, Khan explained that his daughters' education is important to him because there are no female doctors in their area.

"I am illiterate, and I live on daily wage, but my daughters' education is very valuable to me because there is no female doctor in our area. It is my greatest desire to educate my daughters like my sons," Khan is quoted as saying in the NGO's blog. The post also shared images of Khan with his daughters who are seen studying in a classroom.

Khan's dedication to get his daughters education touched several hearts online and people praised his efforts. One Facebook user wrote: 'Happy to see a father accepts his responsibilities and value the importance of education in his daughters life'! While another wrote: 'We need such as this great father today! His work and attitude is valuable'.

These were the details of the news Daily wage labourer takes travels 12km daily to take daughters to school, wins hearts for this day. We hope that we have succeeded by giving you the full details and information. To follow all our news, you can subscribe to the alerts system or to one of our different systems to provide you with all that is new.