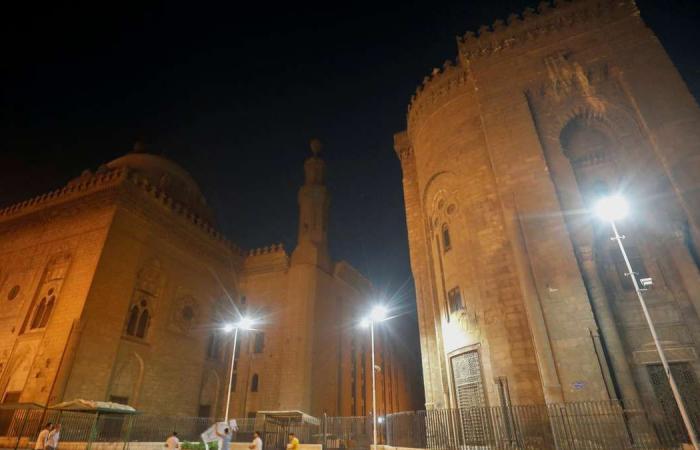 It is a worrying development as the latest string of highs has taken place at a time when the nation has been under the strictest lockdown regime since the outbreak of coronavirus in mid-February.

The announcement by the Health Ministry came on the final day of a six-day lockdown that included a 13-hour nighttime curfew, a complete halt of public transport and the closure of stores, beaches and parks as well as travel restrictions.

The lockdown covered the three-day Muslim Eid Al Fitr holiday that marks the end of the fasting month of Ramadan.

The government plans to reopen much of the country starting on Saturday as part of the delicate balance it seeks to strike between protecting Egyptians from coronavirus while allowing the economy to function close to normal levels.

Until a vaccine is discovered, it argues, Egyptians must learn to live with Covid-19 while embracing social distancing and hygienic practices.

Already, the coronavirus outbreak has significantly impacted on the economy, prompting the government to act swiftly, announcing a stimulus package, borrowing from the International Monetary Fund and docking 1 per cent of the gross pay of millions of state employees for a 12-month period.

The government’s approach roughly mirrors the one adopted by some European nations and the United States and is chiefly designed to prevent an economic meltdown.

However, critics argue, reopening the country could result in a rise in the number of infections, placing health care facilities under tremendous pressure. Businessmen have countered that an economic meltdown can be far more deadly than the coronavirus.

The government has meanwhile been pleading with Egyptians to do what they can to protect themselves against Covid-19 and to abandon their casual attitude toward the disease.

The latest piece of official advice came this week from a senior member of the Cabinet, Higher Education Minister Khaled Abdel Ghafar, who warned Egyptians against looking to the health care sector as their primary savior from Covid-19.

“Those who entirely rely on the health sector (to save them) in any nation are making a mistake,” he said in a televised presentation. “Those who’ll end up as winners are the ones who will protect themselves and their families.”

In its daily report, the Health Ministry said on Friday night that 1,289 people were diagnosed with Covid-19 over the previous 24 hours, 162 and 379 more than the record highs of the previous two days respectively.

The latest figures took to 22,082 the total number of Covid-19 cases since the outbreak began. The number of fatalities rose by 29 to a total of 879.

“The rate of the daily increase in the number of infections remains within safe boundaries,” he said. “They are not realistic figures, no country in the world has the real figures because none can carry out mass testing.”

Critics have said the figures were too low because the government was not doing enough target or random testing.

The government dismisses these allegations and contends that it has been handling the pandemic scientifically and professionally and insists that it has the resources to deal with a much higher number of infections if need be.

These were the details of the news Egypt records third consecutive all-time high virus infection rate for this day. We hope that we have succeeded by giving you the full details and information. To follow all our news, you can subscribe to the alerts system or to one of our different systems to provide you with all that is new.