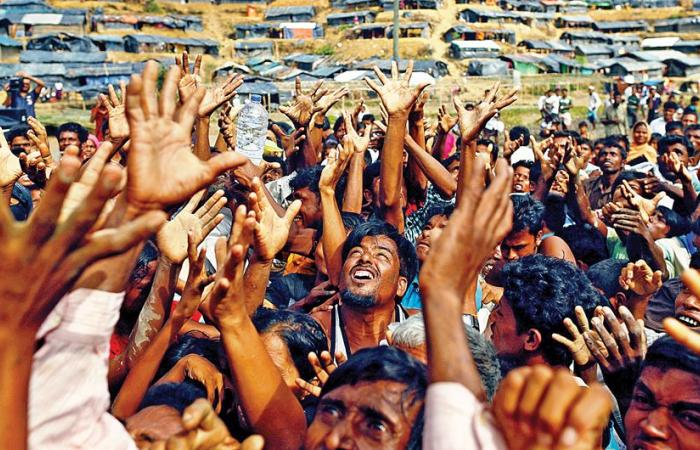 Jeddah - Yasmine El Tohamy - NEW DELHI: The Indian government on Monday tabled its controversial Citizenship Amendment Bill (CAB) in the lower house of Parliament amid strike threats and protests against it throughout the country.

The bill, which seeks to amend the country’s Citizenship Act 1955, is aimed at granting citizenship to persecuted minorities such as Hindus, Buddhists, Jains, Christians and Parsis from Bangladesh, Afghanistan and Pakistan, but excludes Muslims.

The bill, he added, sought to give Indian nationality to non-Muslim refugees from Pakistan, Bangladesh and Afghanistan who were facing religious persecution there, and did “not violate any of the constitutional provisions.”

The idea of the CAB gained currency after the publication of the final list of the National Register of Citizens (NRC) — a process of identifying illegal citizens in the northeastern state of Assam — on Aug. 31.

After five years of implementing the rigorous process, the NRC found more than 1.9 million illegal citizens in Assam out of which close to 65 percent were estimated to be Bengali Hindus.

For the ruling Bharatiya Janata Party (BJP), which considers Hindus as its core constituency, it was a huge setback. Therefore, immediately after the publication of the NRC list, BJP leaders in Assam and Delhi started to criticize the list, calling it faulty and demanding a fresh NRC. To relieve Hindu tensions, the BJP promised to bring a new CAB to Parliament.

Additionally, Shah also announced last month that his government would conduct an all-India NRC to identify illegal citizens, with Assam having to go through the process again.

Some see the move as a blatant attack on India’s secularism and its minority Muslim community.

“This bill is not even .001 percent against minorities. It is against infiltrators,” Shah said.

However, opposition groups, led by the Congress party, say the legislation runs against the basic principles of the constitution and secularism.

“The bill is a violation of our constitution’s secular ethos, culture, tradition and civilization, and we will oppose it,” said Adhir Ranjan Chowdhury, Congress leader in the lower house.

With opposition parties lacking a majority in both houses of the Indian Parliament, the bill is likely to pass without facing many hurdles.

But the views of the main opposition have been represented on the streets with different political and social groups staging demonstrations in various parts of the country.

In the eastern city of Kolkata, thousands of people held a rally to protest against the CAB and the proposed NRC.

Organized by a joint forum of different civil society groups, the protesters called the citizenship bill “communal and anti-constitutional” and vowed to campaign against it across India.

The capital Delhi witnessed its third protest in as many days against CAB. On Monday, the All India United Democratic Front of Assam (AIUDF) held a demonstration and asked the government to “reconsider” the citizenship bill.

Similar protests have also been organized in the southern Indian city of Bangalore where people expressed “deep anxiety” over the CAB, while all eight northeastern states were due to stage a general strike against the CAB on Tuesday.

“Citizenship based on religion is an attack on the very foundation of the secular India,” said Samujjal Bhattacharya, adviser to the North East Students’ Organization (NESO), an Assam-based civil society group which is spearheading a campaign against the CAB.

Bhattacharya told Arab News that the Assam agitation of the 1980s was against illegal citizens from Bangladesh and was not targeted against any religion, but the CAB was detrimental to the interests of the entire northeast.

Assam-based Aman Wadud, a human rights activist and lawyer, said: “You have to read the citizenship bill with the NRC and then it becomes clear that the main purpose of the CAB is to harass Muslims and divide the society on religious grounds.

“The Assam NRC has proved that illegal immigrants in India is a myth and it is whipped only to arouse the emotion of the people.”

Syed Sadatullah Hussaini, president of the Jamaat-e-Islami Hind (JIH), a prominent Islamic organization in India, said: “The way the ruling BJP is attaching the NRC with the citizenship bill is an attempt to target the Muslim population. It is against the constitutional values of India. It is an attempt to legitimize the two-nation theory and treat Hindus and Muslims as separate entities in India.”

Meanwhile, popular historian and political analyst, Ramachandra Guha, told Arab News that the CAB was “part bigotry, part headline management. This regime is pathologically anti-Muslim, and it desperately wants to divert attention from the perilous state of the economy.”

These were the details of the news Hague hearing offers ray of hope to Bangladesh’s Rohingya for this day. We hope that we have succeeded by giving you the full details and information. To follow all our news, you can subscribe to the alerts system or to one of our different systems to provide you with all that is new. 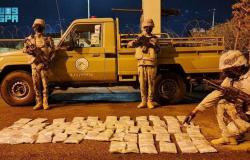