Bollywood News - Kourtney leaves the Kardashians, is she growing up? 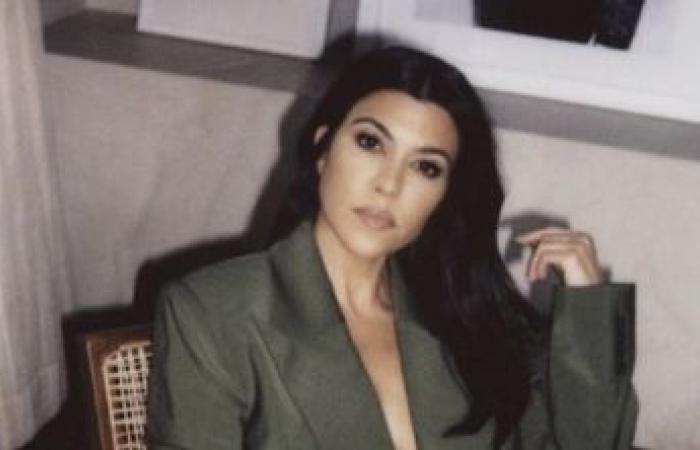 Thank you for reading the news about Kourtney leaves the Kardashians, is she growing up? and now with the details

Aden - Yasmine El Tohamy - When a member of a TV show, which bears the complainants name, says it's time to throw in the towel, why are we still watching? That's correct, this weekend saw the season 18 (yep, 18) premiere of not-at-all contrived 'reality' show Keeping Up With Kardashians - a programme which follows the famed celebrity brood and their various partners, half-relatives, friends and hangers-on around the world purporting to document their 'best life.' However during the latest curtain raiser a physical altercation between Kourtney and sister Kim, 39, saw the elder sibling quit the series for good. Is it as simple as all that, though? We thought we'd profile KK, sorry we have to be more specific, K. Kardashian, sorry, the raven-haired one, sorry the really whiny one, sorry, Kourtney, to dig a little deeper.

So one fight during one episode, which was filmed months ago and she immediately quits?

No, Kourtney actually stepped down from Keeping Up in November, 12 years after first appearing on the show. At the time she stated she was doing so for the sake of putting more energy into being a mum to her three kids and claimed she was in the process of filming season 18, so fans shouldn't take this as a 'goodbye.' However this weekend's premiere brought to light the true reason for her departure.

How do we know this was the reason?

She told us. How? On Instagram, obviously. On Thursday Kourtney posted a typically natural shot of her pouting at a lens and captioned it with: "These first two episodes are hard for me to watch but it is in our darker moments that the growth happens. I finally had the courage to change what was no longer bringing me happiness and putting my time and energy into that which is."

What was the reaction?

Oh, very muted and handled with the grace and dignity we have come to expect from this exemplary piece of television... Admirers have quickly begun the blame game by trading barbs on social media; many have been supportive and one - @sophialustxr - gave what we deem the finest response to the caption: "Was it gluten?"

So what's she going to do next?

At the moment it appears Kourtney is indeed leaning into motherhood and easing into her fourth decade with some decorum. Her latest Instagram post was a commendable shout-out to a non-profit empowerment organisation during this difficult period under a black and white photo of the TV personality with two of her children. There's also a lifestyle website, clothing lines, jewellery collaborations and buckets of skincare products to flog, so we think the multi-millionaire will be okay for now. But don't be too surprised when she magically emerges in the Keeping Up series finale.

You're saying she'll be back?

Is anything in that programme ever truly as it seems?

These were the details of the news Bollywood News - Kourtney leaves the Kardashians, is she growing up? for this day. We hope that we have succeeded by giving you the full details and information. To follow all our news, you can subscribe to the alerts system or to one of our different systems to provide you with all that is new.