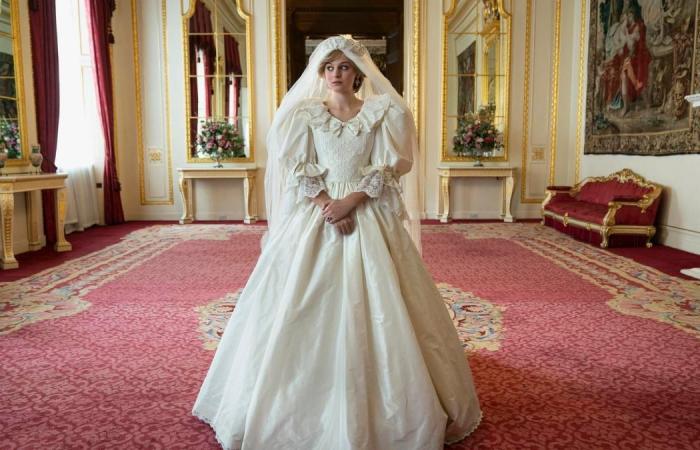 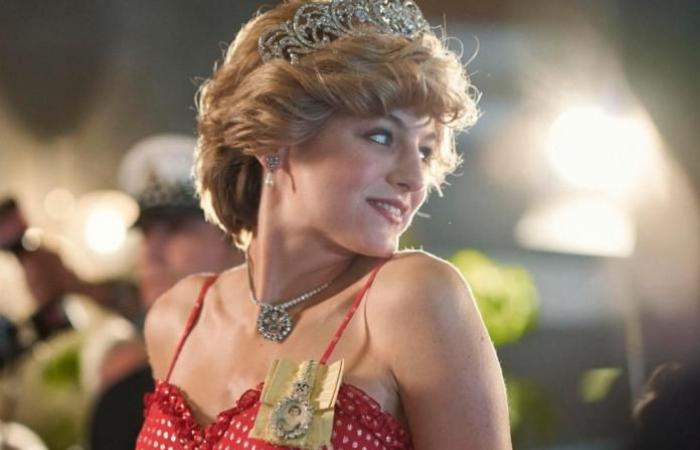 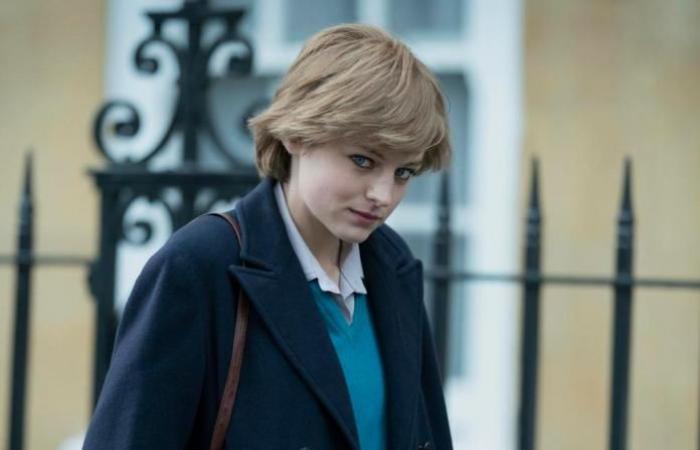 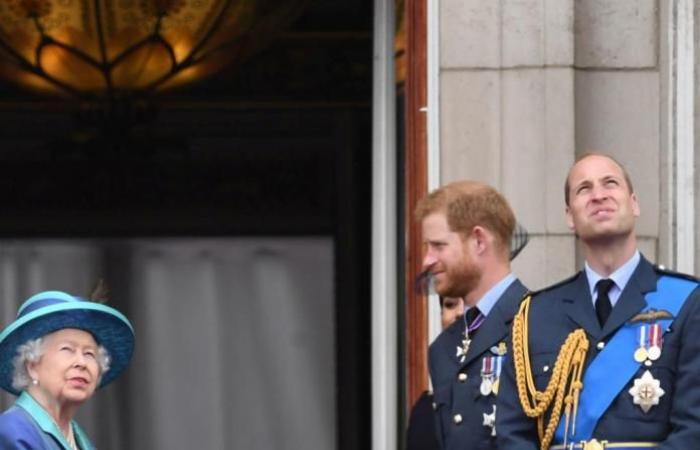 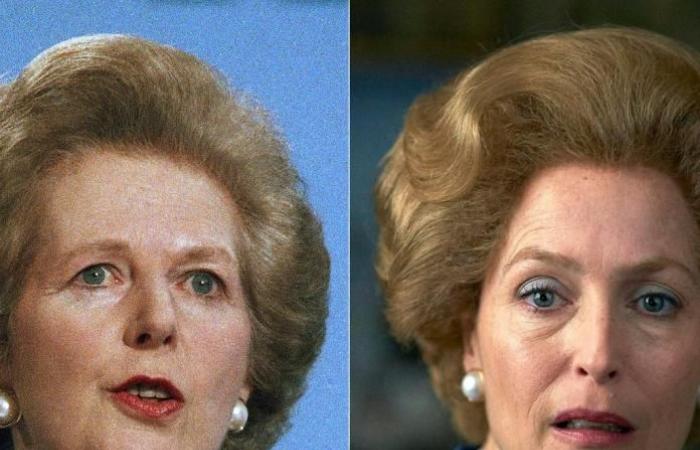 VFour years ago, Netflix aired the first season of “The Crown”. The historical drama about the British royal family has since been a box office hit for the US streaming service. Millions of viewers worldwide sit in front of the television with every new episode.

But with the fourth season now underway, criticism is growing, especially in the United Kingdom. Not surprisingly, the number of royal family experts as well as royalists is huge. In addition, as the time of the chronologically structured series progresses, the number of those who witnessed the events described grows, some even at close range.

Even in the left-liberal “Guardian” there are warning words. What the series needs is a logo that is permanently displayed – “with an ‘F’ for fiction,” writes his columnist. The Netflix creators have a responsibility not to distort the history of the Windsors. Nor should they take sides, not even on behalf of Princess Diana. According to the mass newspaper “The Daily Mail”, the latter should not only unearth many subjects, but even Prince Charles and his wife Camilla – a claim that should naturally also be marked with an “F”.

A blockbuster like “The Crown” inevitably shapes the public image of the royal house as an institution for a long time – because there are very few authentic insights into its reality in real life. Which is why fans and researchers of the royal family accuse “Crown” inventor Peter Morgan of having broken his own promise. The British screenwriter has committed himself to the stipulation that “one may sacrifice accuracy, but never the truth”. Five of the juiciest untruths from season four:

In the style of the US series “Denver Clan”, the performance of the Royals is jazzed up and free of facts. Example Buckingham Palace. Heavy limousines with aristocratic lords roll across the mall towards the residence of Elizabeth II – and through the black wrought-iron gate in front of the main facade.

This may be the case in exceptional cases, for example when a new prime minister comes on an inaugural visit. But like any other castle or estate owner, royals also enter their home unspectacularly through the side or back entrance. For security reasons alone, and particularly in the Buckingham Palace case, where tourists flock around the clock.

In the second episode, Diana Spencer falls into the clutches of the merciless royals when she is invited to dinner, newly in love with Prince Charles. The teenager forgets to make the necessary curtsey in hierarchical order and to address Queen, Prince Philip and Princess Margaret with the appropriate title. What is rewarded in the film with a furious warning from the queen’s sister and changes Diana’s complexion from delicate pink to tomato red.

A completely unbelievable portrayal, because Diana grew up as the daughter of an earl, and she was taught how to behave like a parcel at an early age. That she wouldn’t greet the Queen first and instead run towards Charles, an “F” should also be heard above. In many “Crown” movie scenes, “the salutations are wrong. They confuse ‘Ma’am’, ‘Madam’ or ‘M’Lady’, call Diana a ‘Ma’am’ before she is married, ”says royal family expert Hugo Vickers (“ The Crown Dissected ”) WELT. In addition, the director Olivia Colman, who plays Elizabeth II, in the “Trooping the Color” parade in 1979 in the wrong uniform.

Apparently, the creators of “The Crown” based their portrayal of Diana and Charles on the Netflix series “Diana in her own words”. The documentary broadcast in 2017 is based on the book by Andrew Morton, published in 1992, who secretly worked with the princess and therefore largely adopted her bitter view of the events behind the palace walls.

So Diana in “The Crown” is from the beginning the innocent girl who is treated and oppressed by the Windsors as the heir apparent-birthing machine. The extent to which Diana herself actively participated in the narrative of her own tragedy in the course of her marriage, which was quickly broken down, is made clear not only by the secret cooperation with Morton, but also by the infamous BBC interview from 1995, in which the princess reveals the most intimate details unfiltered.

The “Iron Lady” was known not to be a fan of old castles and country games. The experts deny, however, that the then Prime Minister acted completely inept during the traditional visit to Balmoral. Every late summer the Queen receives the incumbent head of government in her Scottish summer residence. 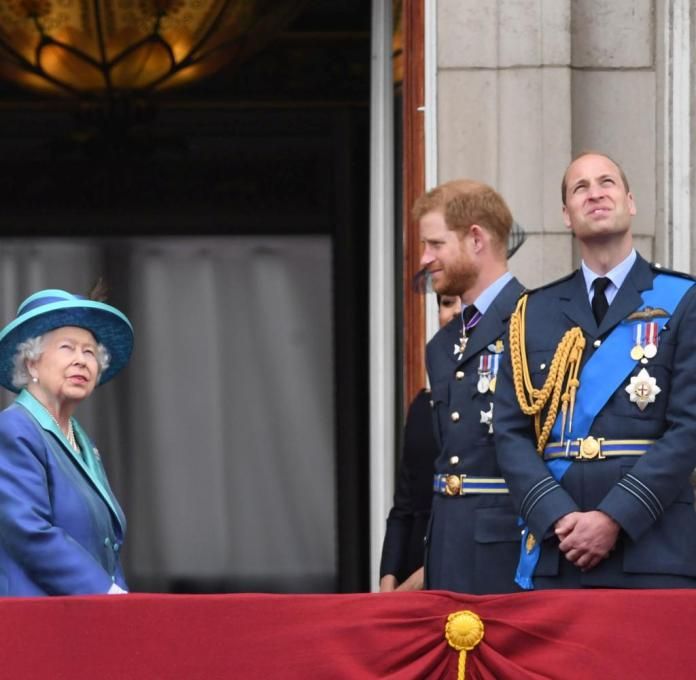 The series tells of Thatcher’s first visit after their election victory in 1979. Both the First Lady and First Husband Dennis trudge through the old walls in the wrong wardrobe and anger the mud and grouse-loving Windsors with their urban customs. On top of that, Thatcher leaves earlier than planned. What connoisseurs dismiss as pure fiction. On the one hand, because the Prime Minister was an ardent admirer of the royal family and because the royals supposedly always welcome guests to Balmoral very much.

It is also untrue that Thatcher urged the Queen to intervene before her fall in 1990. In truth, a prime minister never asks the head of state to intervene because he has no power to do so. Which is true, however: During her visit, Thatcher sat down on a chair owned by Queen Victoria, on which nobody is actually allowed to sit. And was informed about it by Princess Margaret.

Some connoisseurs of the British lifestyle find mistakes in the fourth season that only insiders can notice. A viewer who described himself as a “staunch royalist” complained in a letter to the editor to the Daily Telegraph about the “depth of injustice” against Prince Charles. In the case mentioned, it was not about Netflix’s portrayal of the infidelity of the heir to the throne or his abandonment of the world. No, the man loyal to the king is concerned with fishing. Anyone who knows anything about fishing should throw the line into the water in an aesthetic arc, “it lands without a whisper”. But in the scene in which Charles is standing by a stream in Iceland, the line buzzes through the air and lands inelegantly in the water. According to the Surrey clerk, this is the culmination of disrespect for a member of the British royal family.

These were the details of the news “The Crown”: These are the 5 worst mistakes in the fourth season for this day. We hope that we have succeeded by giving you the full details and information. To follow all our news, you can subscribe to the alerts system or to one of our different systems to provide you with all that is new.