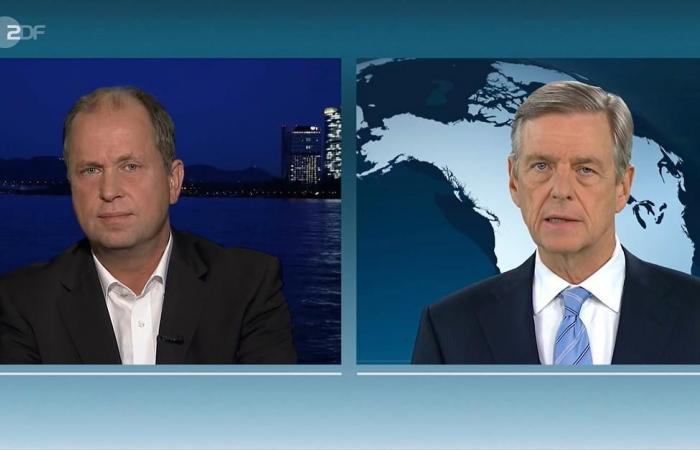 In “heute journal”, NRW Family Minister Joachim Stamp answers questions from ZDF presenter Claus Kleber. But the politician is not exactly presenting himself in the best light, Kleber is tearing his chain of arguments in the air – the Twitter community celebrates the manner in which the conversation was conducted and the TV man’s argumentation.

Contacts should be restricted further and people should only move around in public when they are really needed: According to the latest recommendations of the federal government, the word light can be safely deleted from the Lockdown light. Despite the renewed tightening of measures in the fight against the corona pandemic, school lessons are to be continued, with strict restrictions such as mask compulsory and permanent ventilation, but with full class strength. The NRW Family Minister Joachim Stamp answered questions from “heute journal” moderator Claus Kleber on Monday.

Claus Kleber becomes a viral hit with an interview

A cut of the interview went viral on Twitter, celebrating Kleber and making Stamp look anything but good. With the comment “My new hero: Claus Kleber. Ko after the 3rd round. Good man!”, Shared the German teacher and comedian Johannes Schröder a short clip of the interview, which was viewed almost 123,000 times and provoked over 2,300 retweets. The comments also showed the enthusiasm of the Twitter users. Kleber was celebrated with the words “Yesss, dismantled according to all the rules of the art”, another user announced effusively: “I’m marrying this glue.”

Kleber zu Stamp: Schoolchildren should do what no politician does anymore

“Why don’t the countries responsible for the schools allow this half of the lesson?” Asks Kleber in round 1 of the virtual “boxing match”. Thereupon Stamp pointed out that “all studies” had shown that schools were not “virus spinning machines” – whereupon Kleber referred to a new Munich study that said the opposite. But Kleber was far from finished and added that teachers and parents’ associations with virologists agreed that too little was being done at the moment.

The moderator critically countered Stamps’ argument that lessons in partial groups needed twice as many teachers as before, stating that a “connection of the digital classroom to the real classroom” was required. To reinforce his argument, Kleber referred to the Corona conference of the country chiefs: “No Prime Minister would go into a narrow space with 30 other people. The students should do that. You have nothing else to offer after eight months of preparation in the schools. “

*The article has been translated based on the content of Source link by https://www.focus.de/kultur/kino_tv/k-o-nach-der-3-runde-claus-kleber-zerlegt-nrw-familienminister-stamp-im-heute-journal_id_12673310.html
. If there is any problem regarding the content, copyright, please leave a report below the article. We will try to process as quickly as possible to protect the rights of the author. Thank you very much!

These were the details of the news ZDF man Claus Kleber dismantles NRW family minister Stamp: “Ko after 3rd round” for this day. We hope that we have succeeded by giving you the full details and information. To follow all our news, you can subscribe to the alerts system or to one of our different systems to provide you with all that is new.