How singing on the sitcom Schitt’s Creek led Noah Reid to... 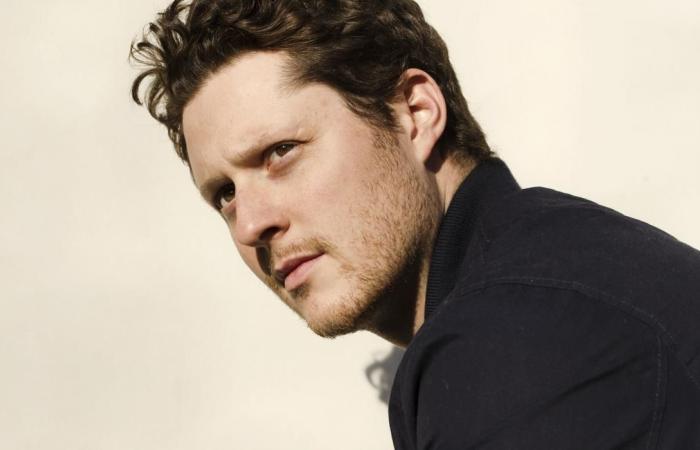 On the night of the ‘Pandemmys’, the cast of Schitt’s Creek gathered in the grounds of a large mansion in Toronto, just as the roses would have wanted. Noah Reid, who plays Patrick on the hit sitcom, took his seat in a tuxedo and mask and had no idea what was about to unfold. The show won all seven comedy categories at the main ceremony – including acting awards for its castmates Daniel Levy, Eugene Levy, Catherine O’Hara, and Annie Murphy – making it the most recognized comedy in a single year.

“It was just crazy, one at a time. Nobody saw it coming, ”he wonders during a Zoom call from his home in Canada. “In a strange way, if we were actually at Emmys, we should have been a lot more relaxed than we were that day, had champagne and lost our shit. It was pretty special – and the hangover was the next real day. ”

The awards ceremony concluded a phenomenal run for the Canadian series, which this year concluded its sixth and final season. It was also an unusually busy time for Reid when the 33-year-old married and released his second album, Gemini, that summer.

In conversation, Reid is optimistic and relaxed, speaks in full, eloquent paragraphs and even looks for a phonetic pronunciation of my name before our chat. However, he describes himself as an “often grumpy and melancholy person” which is evident in his music, a soft rock affair that draws on his favorite singer-songwriters from the 1970s, including Bob Dylan, Bruce Springsteen, Neil Young and Joni Mitchell.

His first album, Songs From A Broken Chair, was released in 2016, but in the years since then he had been too busy acting to tour or work on new songs. It was a moment on Schitt’s Creek that made him seriously consider a career in music.

Fans will remember Reid’s breakout moment in season four when Patrick performed an acoustic rendition of The Best during an open mic night. Its cover took on a life of its own, hit the charts, and became a globally popular wedding song.

“And [Levy] had that song written into the episode, and I think the line was, “Patrick plays a surprisingly beautiful version of Tina Turner’s The Best,” which was a lot to process. At the table I read, went to Dan and said, “Okay, so you’re going to make me sing, aren’t you?” And he said, “Yeah, and this song is actually pretty important to me, so don’t fuck it up,” recalls to Reid with a laugh. Fortunately, he didn’t.

The audience’s reaction was life-changing: “People found my music and it opened a door to a music career that I didn’t really know was possible.”

Reid was born to an American mother and a Canadian father in Toronto, where he trained at the National Theater School of Canada. He moved to Los Angeles in his 20s and struggled to control the “pilot season”. The year before he landed in Schitt’s Creek, his sitcom Kevin From Work was canceled after 10 episodes. He writes about his disdain for LA in the aptly titled song Hate This Town.

When Reid arrived at Schitt’s Creek, the show wasn’t a global phenomenon, but it was big in Canada.

“I was definitely nervous about going to an established show. Catherine [O’Hara] and Eugene [Levy] are these giants in Canadian comedy – and around the world – but for us we know they are at their absolute peak. I was just blown away by their generosity and welcoming nature. They made it really easy for me to get on this show and feel like a part of it.

“There was a wonderful interpersonal vibe on the set that you don’t always run into, and I think that’s because Eugene and Catherine approach it like the real people they are. Nobody could bend an ego if they didn’t bend to some ego, so there just wasn’t any real one on set. ”

He says of O’Hara: “She has an uncanny ability to keep her creative senses alive at all times. You never know what she’s going to do, and she listens to her instincts on a level I could only dream of. ”

Although Reid is a dual citizen of the United States and Canada, he identifies more strongly as a Canadian. “We’re a little less aggressive in our comedic tendencies. There are just so many incredible Canadian contributions to comedy and music that it is hard to find the common denominator other than that we’re used to making fun of ourselves and everyone. ”Other, kind and polite – we apologize always feel like it. ”

He thinks that’s why the audience took an interest in Schitt’s Creek. “It really moves between ridiculous comedy and hearty family content in a way that balances it out so it’s not juicy or sugary sweet. It feels emotionally complex.

The show was also hailed for its delicate portrayal of the relationship between Patrick and David. Regarding the debate about straight actors playing queer roles, Reid says, “I agree on many points. I also feel like Patrick is just a guy who is attracted to another guy. I never felt the need to play Patrick in a certain way. ”His sexuality – I approached him as if he were me and he was attracted to someone. ”

Reid recently married his longtime partner, Clare Stone, before a 25-person party at his parents’ home on Lake Huron, Ontario. The couple discussed whether to continue during the pandemic, but since the venue was outdoors, they decided to continue the ceremony with a romantic serenade from the Groom of the Book of Love.

“Honestly, it was incredibly stressful upfront, but it was a hands on deck issue and I think the result of that was this magical, very emotional celebration in the middle of a time [when] there wasn’t much to celebrate. ”

That spring, Reid embarked on his first tour and he was only in eight shows when Canada closed. He hopes to resume next year after his last visit a decade ago, including a layover in Ireland.

“Like many Canadians, I boast of Irish heritage and I was dying to find out how boots felt on the ground. As a musician, the musical tradition in Ireland is incredible; I could hear them for hours, ”he says. “I can’t wait to come back and actually play music and experience a little more of it now that I’m a little older and wiser.”

In the meantime, Reid has put together a “Pandemic Record” that he will hopefully bring to the studio soon. Despite his focus on music, he’s eager to get back into acting – he points out that the title Gemini references both his astrological sign and his dual career.

“Now that I haven’t acted anymore, I’m ready to be someone else!” He laughs. “I’ve spent too much time on my own head – I’m looking forward to playing someone else now.”

These were the details of the news How singing on the sitcom Schitt’s Creek led Noah Reid to... for this day. We hope that we have succeeded by giving you the full details and information. To follow all our news, you can subscribe to the alerts system or to one of our different systems to provide you with all that is new.