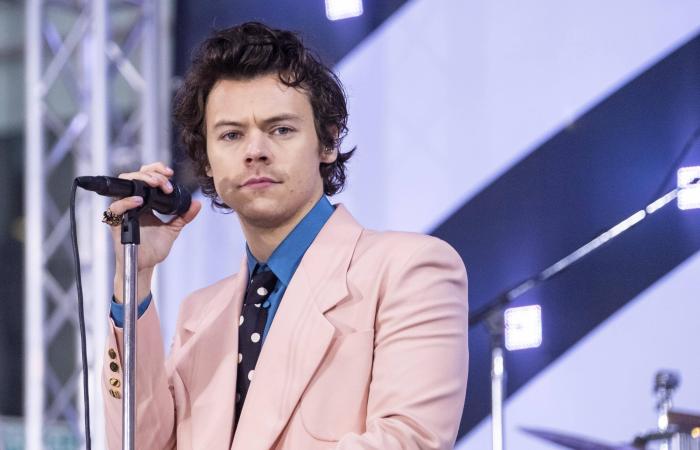 Thank you for reading the news about Harry Styles drops ‘Golden’ music video with... and now with the details

English singer-songwriter Harry Styles has released the music video for his track Golden, much to the delight of his fans.

The 26-year-old former One Direction said on Twitter, “GOLDEN. OUT NOW.”

The three-minute-twenty-nine second picturesque video which was filmed in Italy begins with Harry singing as he runs through an empty highway tunnel and countryside road. Then, he drives a vintage car and takes a swim in a lagoon.

In some shots, Harry is seen in a turquoise blazer and patterned collar shirt paired with bell bottom pants. In others, he is caught in a barely buttoned white top and tan shorts, but ultimately, the star ditched the shirts altogether as he posed in front of a colourful body of water, exposing his heavily tattooed upper half.

“Golden, golden, golden / As I open my eyes / Hold it, focus, hoping / Take me back to the light,” he sings. “I know you were way too bright for me / I’m hopeless, broken / So you wait for me in the sky browns my skin just right.”

As per E!News, Golden is the opening song of the singer’s 2019 album Fine Line.

These were the details of the news Bollywood News - Harry Styles drops ‘Golden’ music video with... for this day. We hope that we have succeeded by giving you the full details and information. To follow all our news, you can subscribe to the alerts system or to one of our different systems to provide you with all that is new.