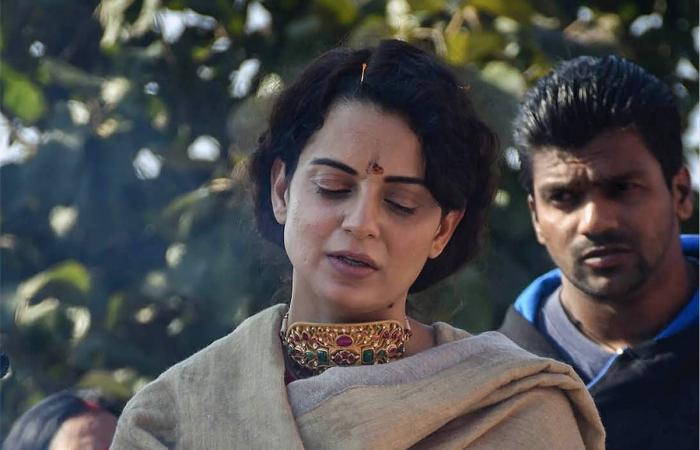 Tweeting in Hindi, the actress wrote: "Your father's good deeds can give you wealth, but you have to earn respect. You will shut my mouth, but my voice will echo in a hundred millions after me. How many mouths will you shut? How many voices will you press? Till when you will run away from the truth, you are nothing but a sample of dynasty."

She claimed that after the demolition drive, she had received several calls from her "Marathi friends".

"Many of my Marathi friends cried on the phone yesterday, some gave me many contacts for help, some were sending food at home which I could not accept due to security protocols, this black act of Maharashtra Government should not hurt the Marathi culture and pride in the world. Jai maharashtra."

Kangana also mentioned in Hindi that the people of Maharashtra have condemned the "gundagardi" by the state government.

"I would like to specifically explain that the people of Maharashtra condemn the hooligansim done by the government, A lot of my Marathi well-wishers have phoning me, the people in the world or Himachal Pradesh who are sad in their hearts, do not think that I do not get love and respect here."

In an earlier tweet, Kangana castigated "Fancy feminists" and "Bullywood activists" who did not support her after the Brihanmumbai Municipal Corporation started demolishing her property in Bandra.

"Fancy feminists, Bullywood activists, candle march groups and award vapsi gang has no comments on what High Court said about open murder of law and order in Maharashtra. Well done, thank you for proving me right always, you all deserve the treatment you get from me," she wrote.

These were the details of the news Bollywood News - Kangana Ranaut slams dynasty rule for this day. We hope that we have succeeded by giving you the full details and information. To follow all our news, you can subscribe to the alerts system or to one of our different systems to provide you with all that is new.