Bollywood News - Anurag Kashyap on why he did not work with... 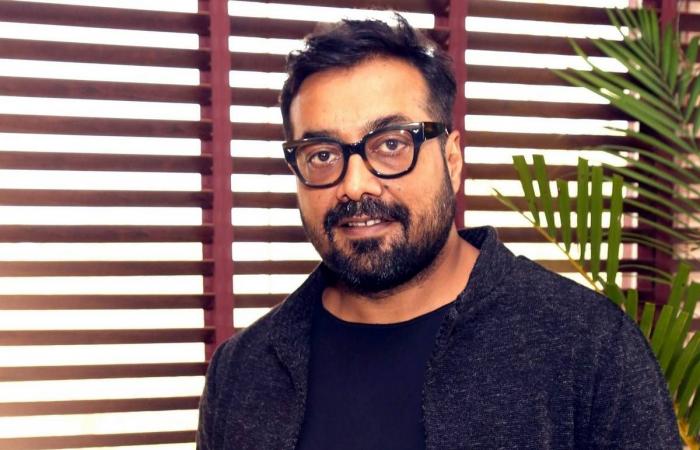 Thank you for reading the news about Anurag Kashyap on why he did not work with... and now with the details

Aden - Yasmine El Tohamy - Filmmaker Anurag Kashyap has confessed about not wanting to work with late actor Sushant Singh Rajput, saying he had his own reasons.

"I am sorry that I am doing this but this chat is from three weeks before he passed away. Chat with his manager on 22 May.. havent don't it so far but feel the need now.. yes I didn't want to work with him for my own reasons (sic)," he wrote while sharing a screenshot.

The chat has Sushant's manager requesting him to cast the actor in his next project.

"I know u don't like people pitching actors... I feel I can take that chance with u.. please keep sushant singh Rajput in mind if u feel he fits in anywhere with u. As an audience ok i'd love to see you two create something great," the message from the manager read.

To this, Anurag replied: "He is too problematic man. I have known him from before he started out and got him his film Kai Po Che."

Anurag then went on to share the conversation he had with Sushant's manager on June 14, when the actor died.

"Also My conversation with his manager on June 14th. It will show you things if you want to see. It feels horrible to do this but can't keep it back.. and for those as well who think we didn't care for the family. As honest as I can be.. judge me all you want," the filmmaker tweeted.

In the screenshot, the manager's message, in reference to the problem between the filmmaker and the actor, reads: "I never shared ur feedback and he never asked me what happened.."

Anurag's response read: "Yeah I walked away from (Ranveer Singh) because Mukesh told me Sushant wanted to do my film.. Then Sushant ghosted me. And I shelved the film."

To this, the manager replies that Sushant had "tremendous respect" for him and "Gattu", referring to director Abhishek Kapoor.

"We were always honest. That's why I was upset. And I know (Mukesh) had something to do with it. So l just stayed away from the two. I just feel maybe I should have talked to him once instead of holding on to that grudge. Just feel so sh*t," Anurag replied.

Following which the manager said: "This lockdown and helplessness to start working again did make matters worse I also think. Don't be hard on yourself... I swear he held you right up there for your honestly (sic) and ur own term of leading ur own life. Maybe he rest in peace (sic)."

Anurag also asked about the actor's family, and on being informed that he has sisters, he asked whether they are younger or older and married.

Anurag goes on to explain Bollywood's support for Rhea Chakraborty following her arrest.

"Everybody baying for Rhea's blood, asking questions like how did you know she didn't do this or that to him? How do you what was he going through? Are forgetting that the whole industry has actually known and seen and interacted with SSR over last 9-10 years. Yes we know better," he wrote.

"And that is also the reason the whole industry has been quiet so far out of respect for him. And now it is that very knowledge of SSR that has again brought everyone out here together to stand in solidarity for Rhea because it's gone too far," he added.

These were the details of the news Bollywood News - Anurag Kashyap on why he did not work with... for this day. We hope that we have succeeded by giving you the full details and information. To follow all our news, you can subscribe to the alerts system or to one of our different systems to provide you with all that is new.