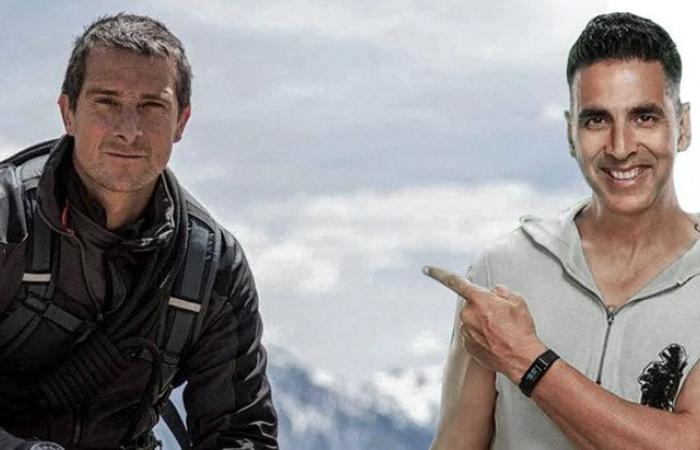 Akshay Kumar will be featuring in a highly anticipated episode of wildlife adventure show Into The Wild with Bear Grylls.

"You thinking I mad... but mad only going into the wild," wrote the actor as he shared an intriguing glimpse of the show.

The video first shows a crocodile, the host of the show - 46-year-old Grylls, and Akshay Kumar in a river. The clip, which has thrilling background music, also shows Grylls and Akshay Kumar swinging on ropes over a river with crocodiles snapping beneath them. It concludes with dates of the special episode.

Grylls also posted a motion poster of the upcoming special on Instagram and noted, "Life is an adventure that is best lived boldly, and there are few better (madder ) adventure buddies than the legendary @akshaykumar #KhiladiOnDiscovery #IntoTheWildwithBearGrylls @discoveryplusindia @discoverychannelin."

These were the details of the news Bollywood News - Akshay Kumar to feature in 'Into The Wild With Bear Grylls' for this day. We hope that we have succeeded by giving you the full details and information. To follow all our news, you can subscribe to the alerts system or to one of our different systems to provide you with all that is new.