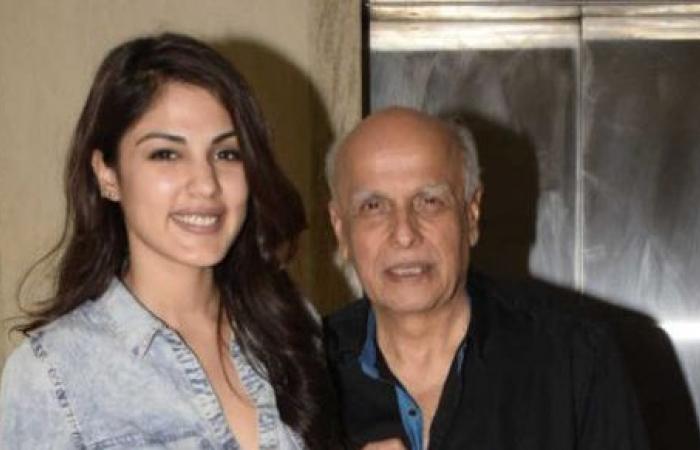 Thank you for reading the news about Old video with Rhea Chakraborty talking about... and now with the details

Actress Rhea Chakraborty has been in news since her boyfriend, actor Sushant Singh Rajput, passed away in June. Now, an old video in which she is seen talking about how her definition of love has changed, has resurfaced online.

In the viral video, Rhea is seen promoting her 2018 film Jalebi along with filmmaker Mahesh Bhatt, co-producer of the film.

"I think a lot has changed post shooting this film. My definition of love was something else. It was what it is for everybody. Like going on a date, like doing those romantic things and this and that and then getting done with it. Then getting to a point after year and half where you want to kill each other and change each other. The whole circle," she said in the interview with Good Times.

"But now I think it is really different. I think I have a very different perspective of love, it's more evolved, it's more deep, it's more real, it's more raw and that also means I am possibly going to stay single for the rest of my life," she added.

In another video of Rhea, she is seen sharing her wish list. In the old interview with a portal, she says that she wants to buy her own island and a private jet in the future. She also says that she loves hotels and wants to own one.

These were the details of the news Bollywood News - Old video with Rhea Chakraborty talking about... for this day. We hope that we have succeeded by giving you the full details and information. To follow all our news, you can subscribe to the alerts system or to one of our different systems to provide you with all that is new.