Bollywood News - Sushant and Sara were 'in love' during... 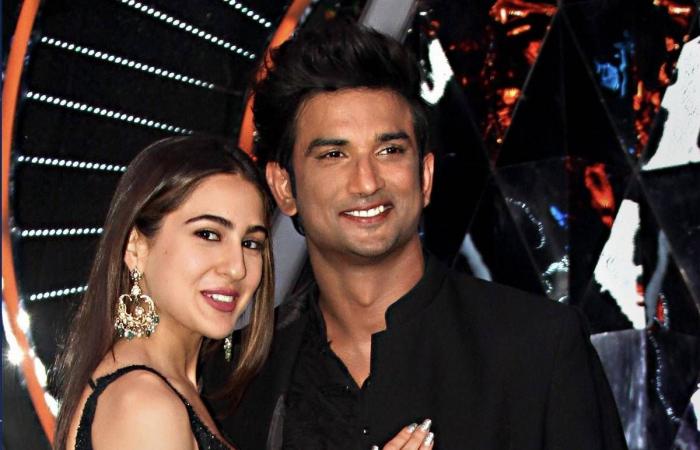 Thank you for reading the news about Sushant and Sara were 'in love' during... and now with the details

Aden - Yasmine El Tohamy - During promotional activity of their 2018 film Kedarnath, Sushant Singh Rajput and Sara Ali Khan were in love with each other, claims Samuel Haokip, a friend of the late actor.

Samuel took to his verified Instagram account on Thursday to open up on the love story between the Kedarnath co-stars, a film that marked Sara Ali Khan's debut in Bollywood. He also speculates whether the Bollywood Mafia played a role in causing their break-up after the release of Sushant's 2019 release Sonchiriya, which failed at the box office.

"I remember the time during Kedarnath promotions... Sushant and Sara were totally in love...they were inseparable... So pure and childlike innocence. They both had tremendous respect for each other which was so rare to see nowadays in relationships," Samuel wrote in an Instagram post.

Talking about how much respect Sara had for Sushant's friends, family and even his staff, Samuel added: "Sara along with Sushant had genuine respect for everyone in Sushant's life...be it family, friends and even staff. I wonder whether Sara's decision to break up with Sushant right after Sonchiriya's box office performance was due to any pressure by the Bollywood Mafia."

Commenting on Samuel's post, Pavitra Rishta director Kushal Zaveri, who was a close friend of the late actor, wrote: "Someone had to say it! More power to you bro."

From Samuel's post and Kushal's comment on the same, it seems the relationship between Sushant and Sara was not a very hushed affair as his friends, family and staff knew about it.

Sara had shared an Instagram post on July 24, the day Sushant's last film Dil Bechara released. Sharing a photo of Sushant along with her father Saif Ali Khan, who has played a cameo role in the film, Sara had written: "The only two gentleman that have spoken to me about Sartre, Van Gogh, telescopes and constellations, guitars, the Northern lights, cricket, Pink Floyd, Nusrat Saab and acting techniques. This is to the last thing you two have in common- #DilBechara."

These were the details of the news Bollywood News - Sushant and Sara were 'in love' during... for this day. We hope that we have succeeded by giving you the full details and information. To follow all our news, you can subscribe to the alerts system or to one of our different systems to provide you with all that is new.