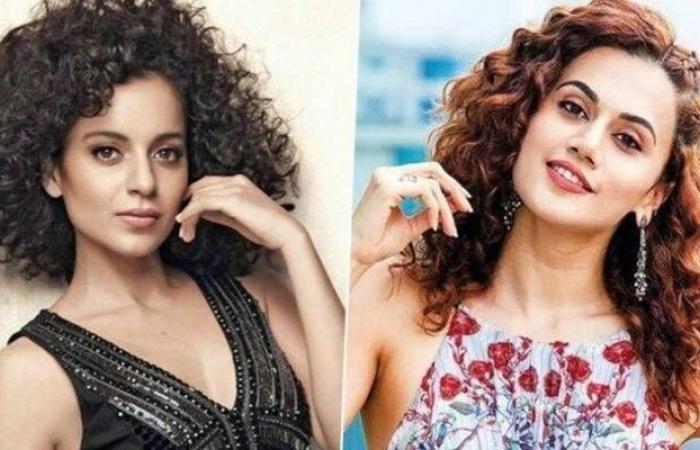 Thank you for reading the news about Kangana Ranaut's team accuses Taapsee Pannu of... and now with the details

Aden - Yasmine El Tohamy - Kangana Ranaut's social media team on Saturday accused Taapsee Pannu of "reaping the fruits of" the former's struggles and "ganging up on her".

Team Kangana made the allegation in a tweet tagging Taapsee.

Taapsee did not directly respond to the allegations. Rather, she quoted motivational Tony Gaskins to point out that "bitter people" with always find "something negative to say about anything positive".

"A couple of things have followed in my life, especially the last few months. Really helped in seeing life in a better light. Brought me a lot of peace n perspective so sharing it," tweeted the actress.

She also shared a quote by Gaskins that reads: "Bitter people. God loves them and so should we. Pray for them. They will find something negative to say about anything positive. They can't be happy for you because they are disgusted with themselves. Don't become bitter with them, become better and pray for their growth and maturity."

This is not the first time Taapsee has faced heat from Kangana's team. Earlier, Kangana's sister Rangoli Chandel had taken a dig at Taapsee calling the actress a "sasti copy" (cheap imitation) of Kangana.

These were the details of the news Bollywood News - Kangana Ranaut's team accuses Taapsee Pannu of... for this day. We hope that we have succeeded by giving you the full details and information. To follow all our news, you can subscribe to the alerts system or to one of our different systems to provide you with all that is new.