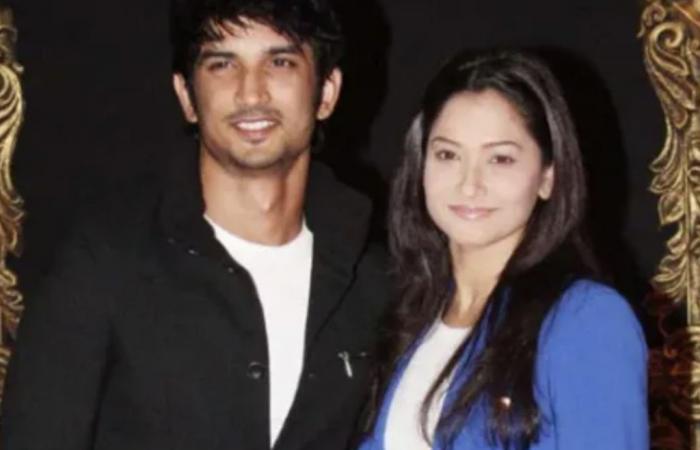 Thank you for reading the news about Video: Ex-girlfriend Ankita Lokhande visits... and now with the details

Ankita was in a relationship with Sushant for almost six years until 2016, and videos and pictures of the actress entering his residence are doing the rounds of social media.

Celebrity photographer Viral Bhayani shared a video of Ankita outside Sushant's building. The actress is seen in a white suit and a face mask.

The photographer also shared a close-up of Ankita as she entered the building and wrote: "#ankitalokhande pays a visit to actor #SushantSinghRajput home."

Sushant Singh Rajput was found hanging in his Bandra residence on Sunday morning. He was 34.

The actor became a household name with the TV show Pavitra Rishta before foraying into Bollywood.

He made his big screen debut in 2013 with Kai Po Che, and is also known for his roles in MS Dhoni: The Untold Story, Shuddh Desi Romance, Kedarnath and Chhichhore, among others.

These were the details of the news Bollywood News - Video: Ex-girlfriend Ankita Lokhande visits... for this day. We hope that we have succeeded by giving you the full details and information. To follow all our news, you can subscribe to the alerts system or to one of our different systems to provide you with all that is new.