Al-Ahly postpones winter offers due to the African dream and the... 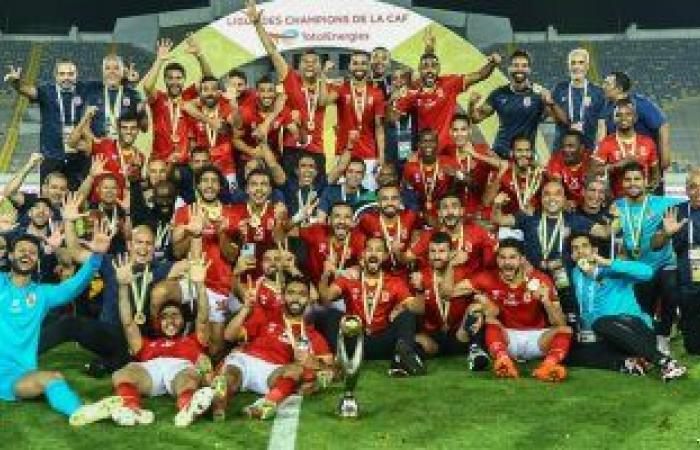 Officials refused Alahli football club Deciding on the winter offers received by more than one player from the last period from Gulf and European clubs, and the Red Castle officials decided to postpone the settlement of these offers to Mercato next summer.

The name of more than one player in Al-Ahly, during the last period, was associated with offers from abroad, led by Ali Maaloul, Hussein Al-Shahat, Diang and Badr Banon.

Al-Ahly wants to maintain the team’s basic strength in order to face the upcoming challenges, foremost of which is the African Champions League, which will start the group stage competitions next February, in addition to the Club World Cup in the Emirates next month, as well as the League and Egypt Cup.

On the other hand, the technical staff of Al-Ahly Club, led by the South African Pitso Musimani, threatened its players with imposing heavy financial penalties on any player who proves that he is infected with the Corona virus during the coming period, especially after the state of complacency noticed by the medical staff underestimating the players with the precautionary measures put in place for them, which puts obstacles In front of the red genie before the start of the Club World Cup, scheduled for next February, after the intense injuries that hit the team’s ranks and kidnapped its most prominent stars..

These were the details of the news Al-Ahly postpones winter offers due to the African dream and the... for this day. We hope that we have succeeded by giving you the full details and information. To follow all our news, you can subscribe to the alerts system or to one of our different systems to provide you with all that is new.