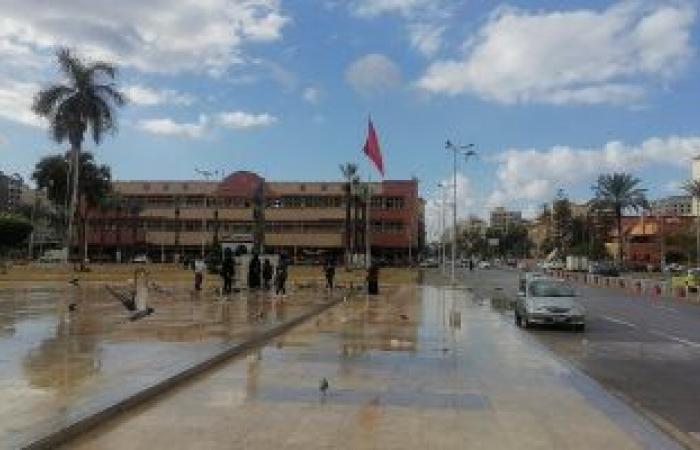 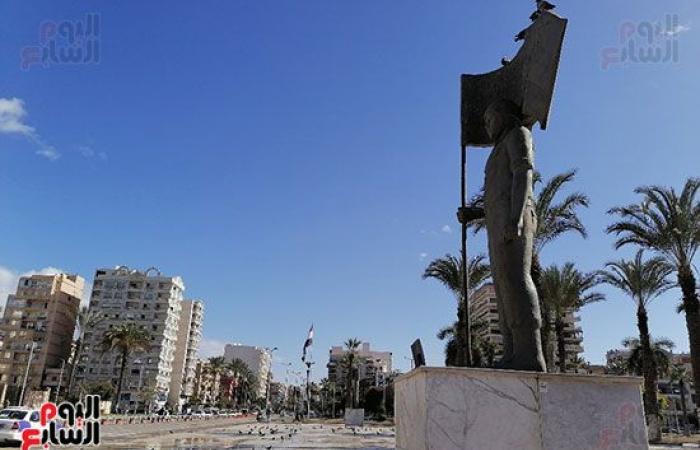 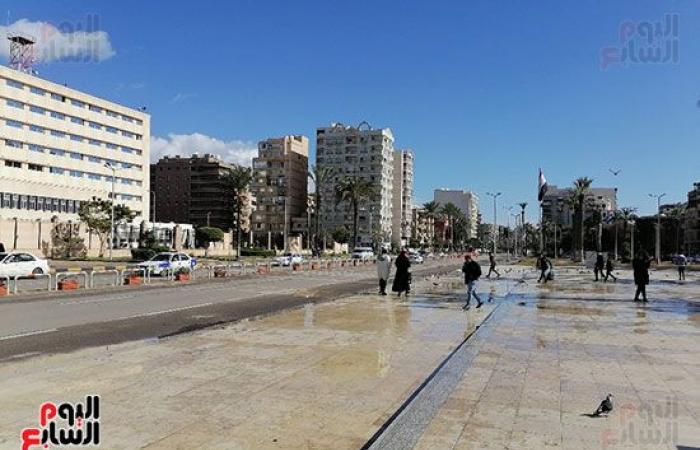 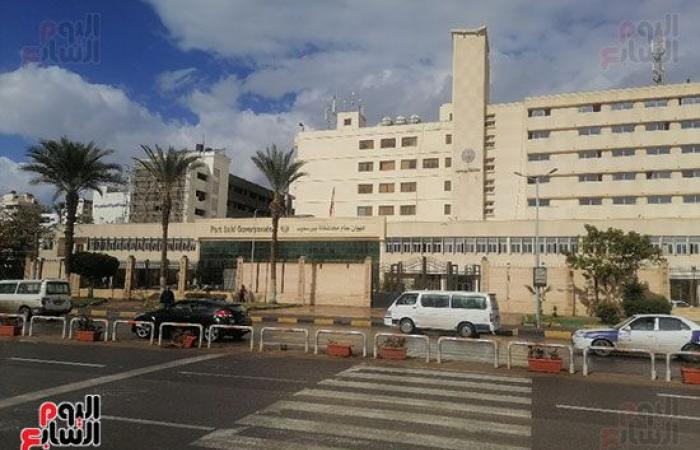 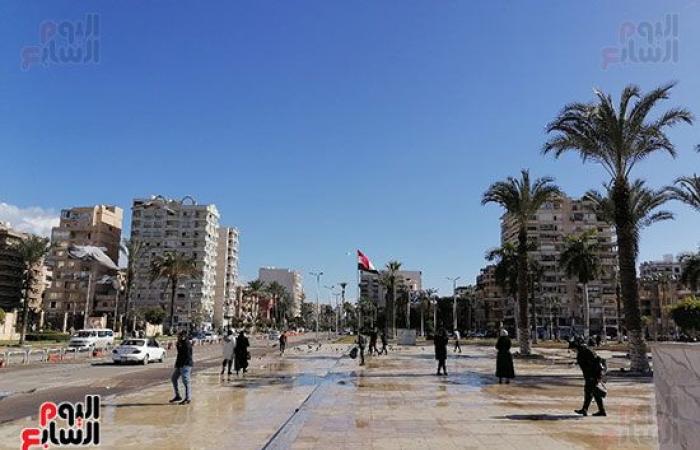 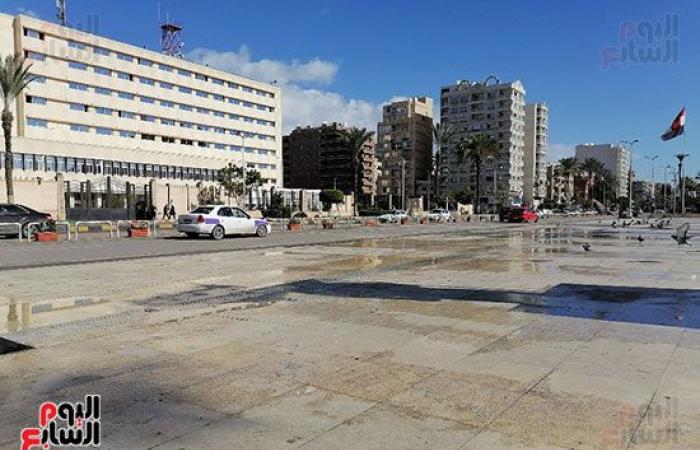 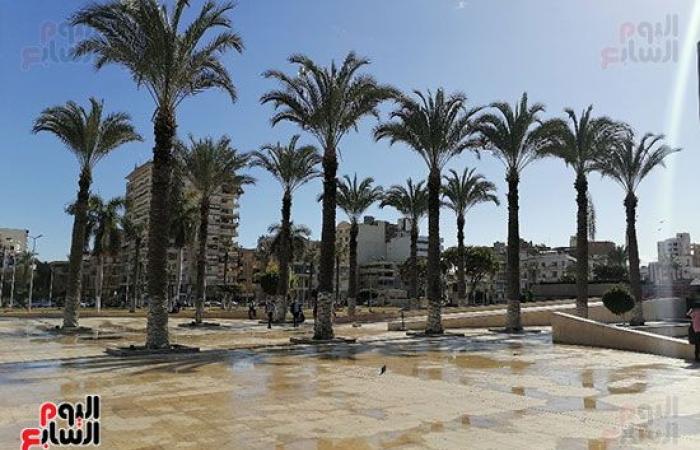 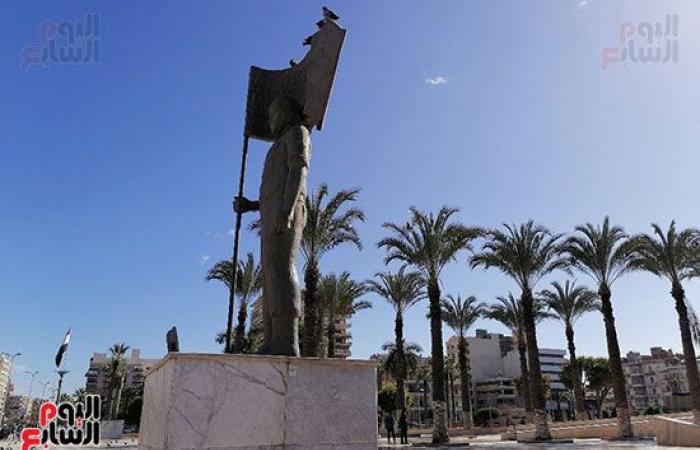 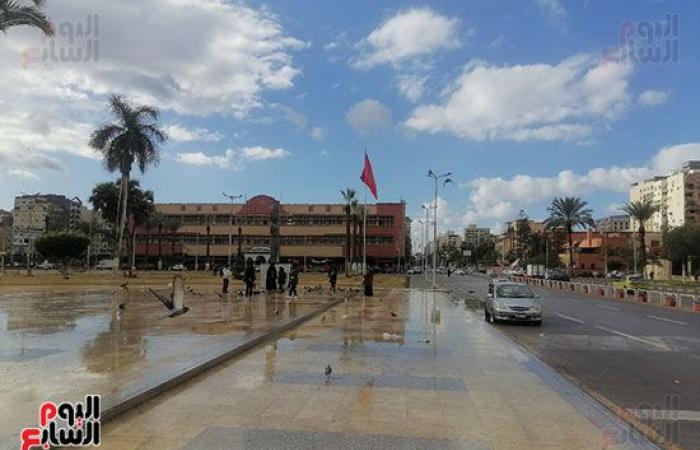 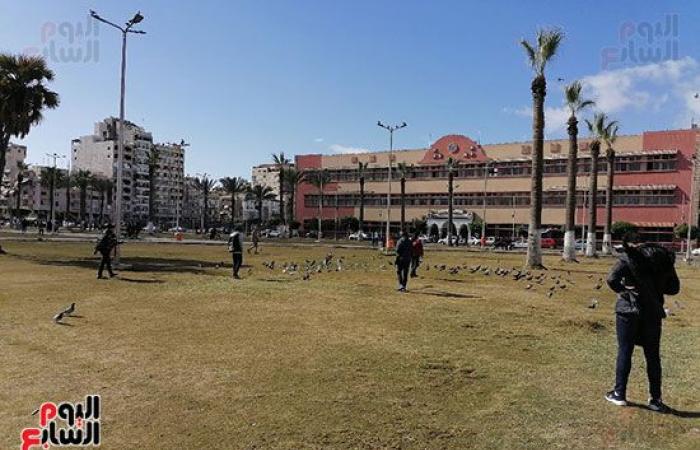 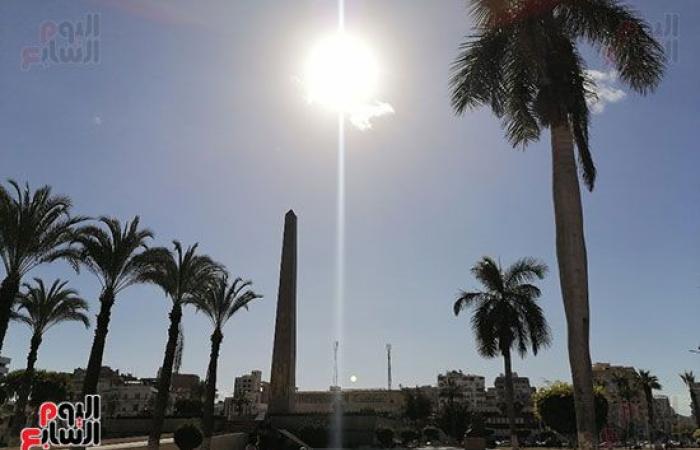 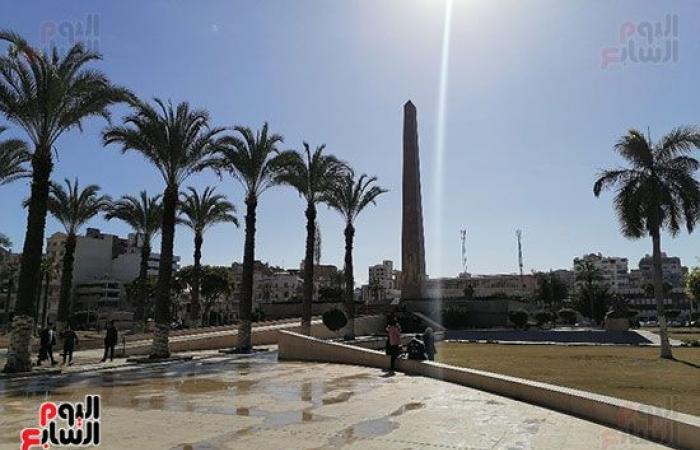 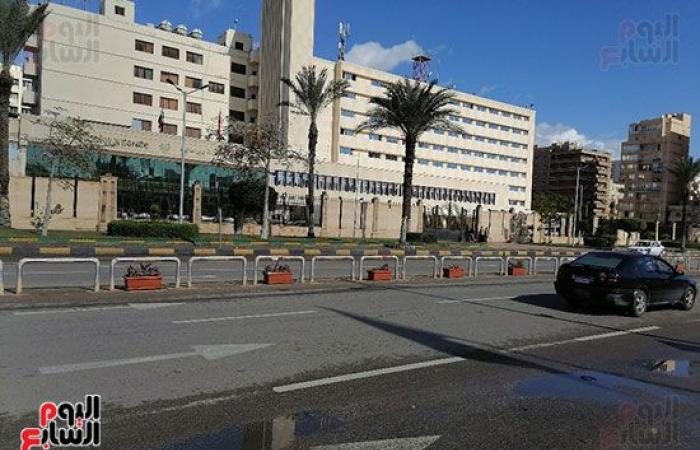 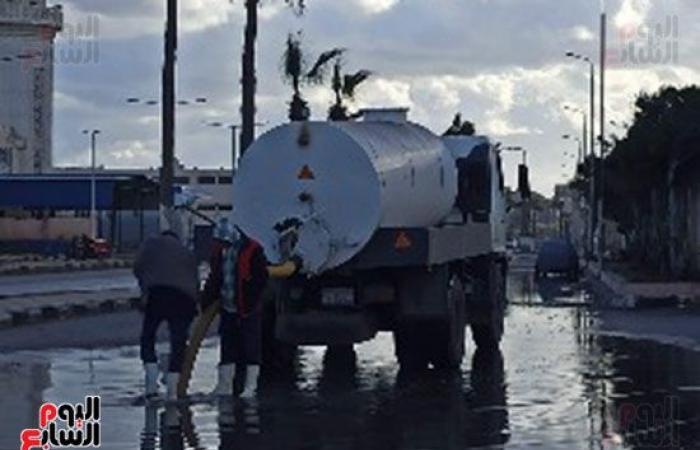 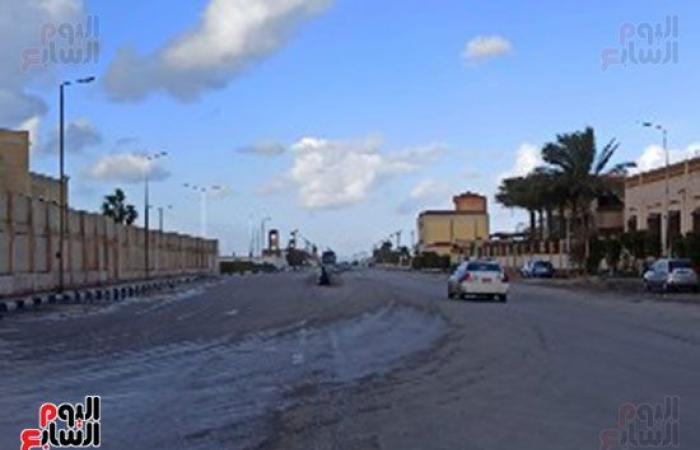 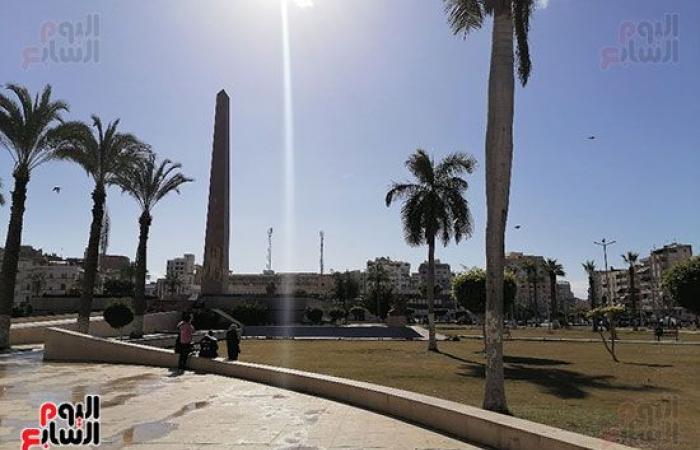 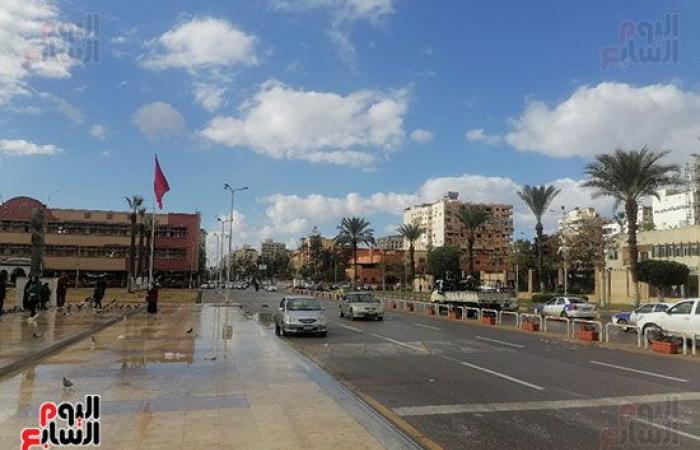 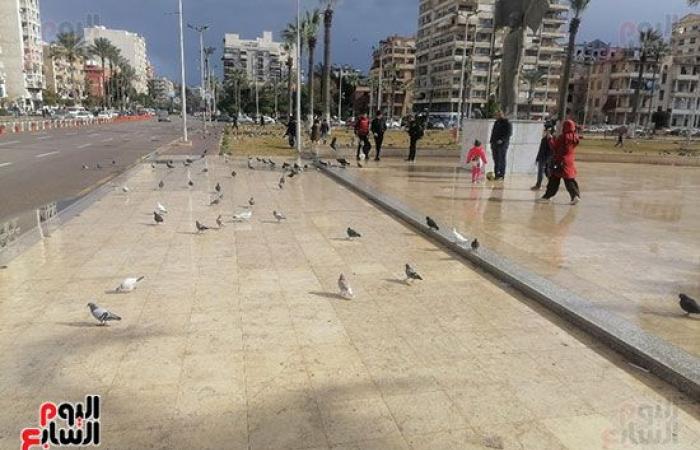 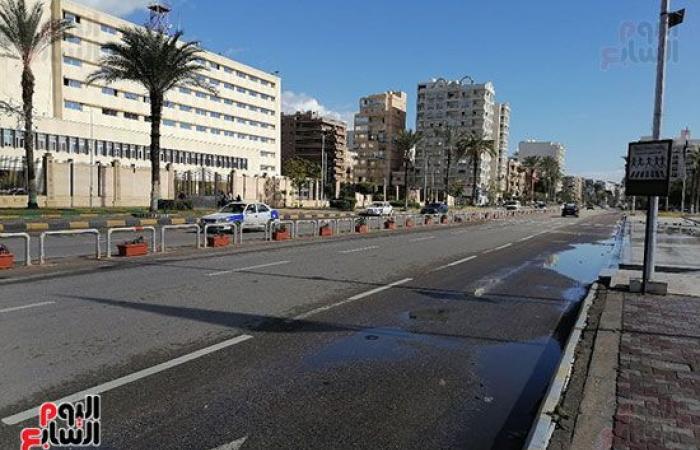 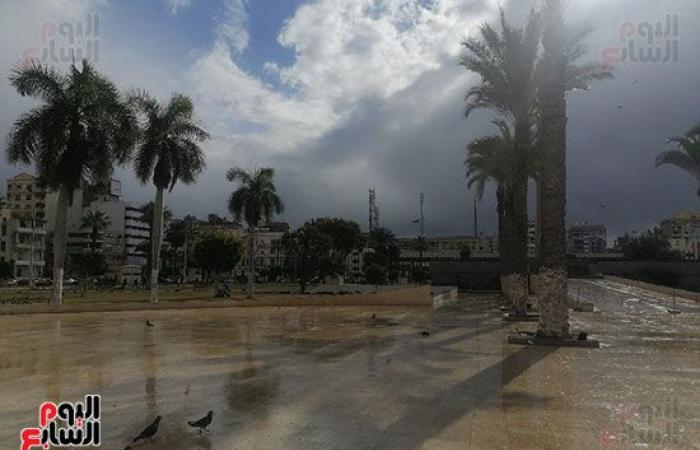 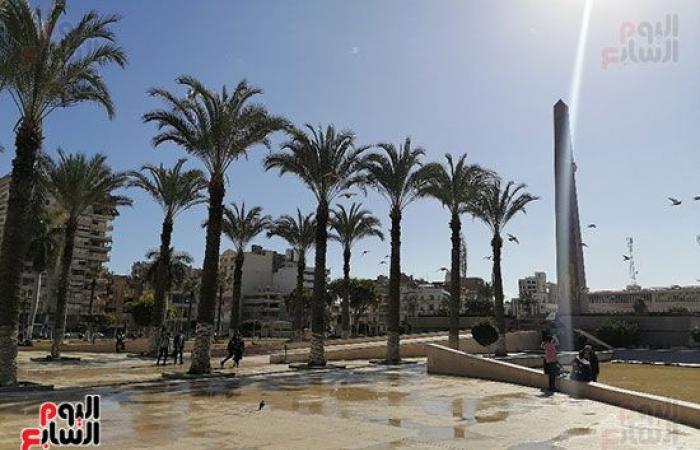 Is characterized by Port Said Governorate With its mild weather, even in winter and heavy rain, the valiant city is beautified with its streets and the flutter of pigeons in Martyrs Square.

Sudden heavy rains fall at different times of the day, sometimes becoming moderate and sunny weather in Port Said Governorate, and at other times the sky is thick with clouds and rain falls.

Since this morning, Port Said governorate witnessed moderate sunny weather in all neighborhoods and the city of Port Fouad, after a wave of unstable weather, including rain and a sharp drop in temperatures.

The people on July 23 Street were surprised by the extent of the Sharq neighborhood, after which the weather fluctuations, heavy rain and clouds in the sky.

The Meteorological Authority issued a statement saying, “The country is affected by a cold air mass originating from southern and eastern Europe, which is accompanied by a noticeable drop in temperatures and will continue with us for several more days, and the opportunity is ripe for snow to be on the Sinai heights.”

Winds are also active in separate areas of the country, which increases the feeling of more cold weather. Today, it is expected that low and medium clouds will multiply in the north of the country until north of Upper Egypt, Sinai and the Gulf of Suez, accompanied by rainfall of varying intensity, the intensity of which decreases as we advance inland.

It is noteworthy that Port Said governorate witnessed heavy rain yesterday, accompanied by a severe drop in temperatures, in conjunction with light gusts of cold winds throughout the governorate.

Light rain continued to fall on Port Said governorate, since sunrise, and was cut off, then returned again before noon with heavy rain falling throughout the governorate.

The fishermen refrained from practicing their craft due to the high waves and the presence of water currents within the sea water that prevented harvesting the fish in the nets.

One of the statues of Martyrs Square

General Court after the rain

Memorial photos in the field

Side of the Obelisk Garden

A side of the sunrise in Port Said

Lifting water from the streets

Clouds and sunshine at the same time

These were the details of the news For lovers of winter and rain.. Port Said is the best... for this day. We hope that we have succeeded by giving you the full details and information. To follow all our news, you can subscribe to the alerts system or to one of our different systems to provide you with all that is new.