Egypt .. Reducing the tax on real estate transactions to facilitate... 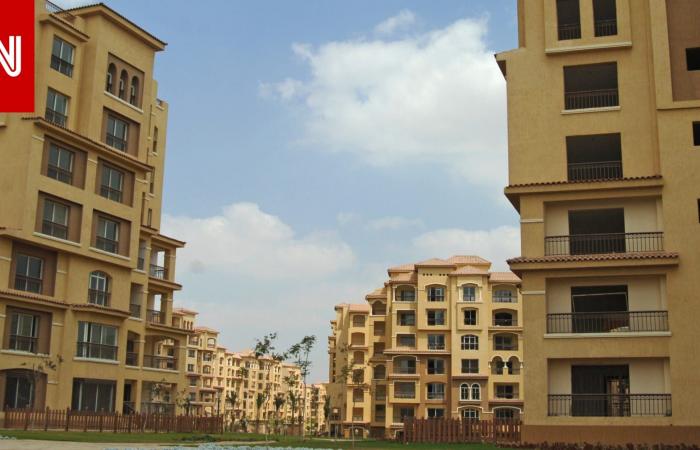 Cairo, Egypt (CNN)– The Egyptian government has reduced the tax on real estate transactions on real estate and land to become a flat tax according to the value of the disposal, on contracts that were made before May 19, 2013, with the aim of facilitating registration procedures in the real estate registry, and an official confirmed that the government referred a project Amending the Income Tax Law for Parliament to discuss and approve it in preparation for its implementation, if approved by Parliament.

Said Fouad, advisor to the head of the Egyptian Tax Authority, explained that the draft real estate tax law imposes a lump-sum tax according to the value of the disposal, on contracts that were made before Law No. property, without delay fines. However, he confirmed the continuation of the real estate disposal tax at a rate of 2.5% without a maximum value of the real estate transactions that took place during the law’s period of operation after May 19, 2013 without any change to it, whether this was in the real estate shown or land for construction.

According to the Ministry of Finance, the Egyptian Tax Authority follows up on the collection of real estate tax from the seller without referring to the buyer, unless the latter voluntarily applies to pay the tax, and the real estate tax is due within 30 days from the date of disposal.

Fouad added, in exclusive statements to CNN in Arabic, that the Egyptian Ministry of Finance does not have a limit on the number of units that the tax will be applied to, but it allows citizens who wish to reconcile the situation before the application of the income tax law on May 19, 2013, to pay the tax to facilitate real estate registration procedures, Noting that the law has been approved by the government and is awaiting its turn for discussion and approval by the House of Representatives, and once approved and approved, it will be implemented.

At the beginning of last March, President Abdel Fattah El-Sisi postponed the implementation of the amendment of the real estate registration law, for a transitional period of no less than two years, in order to provide the opportunity and time for a societal dialogue, and during that transitional period to collect a fixed, reduced and clear value when registering property. According to the area and type of ownership, instead of the tax imposed in this regard on real estate transactions.

Regarding the target outcome of amending the Income Tax Law, Saeed Fouad said that it is difficult to estimate an expected outcome from a draft law that has not yet been approved, but he pointed out that the proceeds of the real estate transaction tax amounted to more than 8 billion pounds (509.2 million dollars) during the fiscal year. Previous.

These were the details of the news Egypt .. Reducing the tax on real estate transactions to facilitate... for this day. We hope that we have succeeded by giving you the full details and information. To follow all our news, you can subscribe to the alerts system or to one of our different systems to provide you with all that is new.