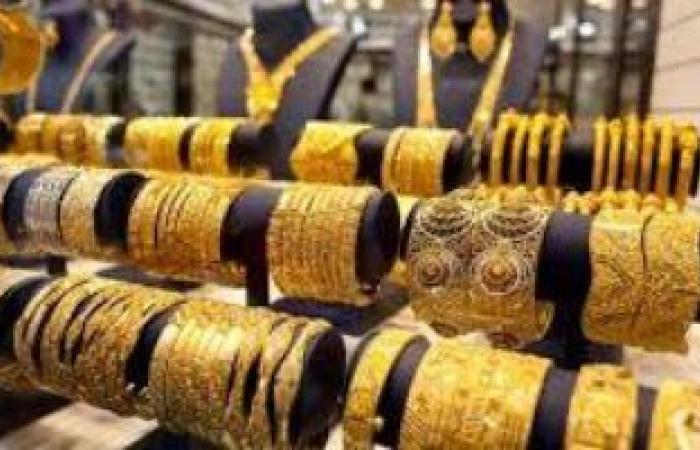 settled gold prices Today, Monday in the Egyptian market, at the beginning of the week’s trading, after the end of the weekly holiday for the goldsmiths market and the suspension of trading on gold on the global stock exchanges. The matter, gold prices witnessed several changes between the rise and fall over the past week, with an upward movement in US inflation, which partially raised the demand for havens The last few hours before the closing of the global stock exchanges witnessed a continuous movement in the price of an ounce of gold in the international stock exchanges, which was reflected on gold in Egypt, and its prices changed several times.

The Precious Metals Manufacturing Division of the Federation of Egyptian Industries confirmed that what was raised on some news websites and circulated on social media pages regarding the halt in buying and selling operations is not true. gold jewelry Which was stamped using traditional methods (pen), with the Ministry of Supply seeking to replace it with laser stamping.

Ehab Wassef, head of the Precious Metals Manufacturing Division of the Chamber of Metallurgical Industries of the Federation of Egyptian Industries, said that with the Egyptian government’s endeavor to adopt a strategy to advance the gold industry and keep pace with its latest technologies, it had to be included in the introduction of development processes on the stamping of goldsmiths.

Wassef added, during a statement issued by the Chamber, “Therefore, the Ministry of Supply worked with the Stamp and Scales Department to develop laser stamps, which are the latest systems used in stamping gold works, through which every gold worker is given a code that contains all the details of the product, whether the company Designed, its weight, or its caliber type, which ensures a process of protecting consumers from gold fraud, easy retrieval when stolen, and preserving its value when resale.

Wassef pointed out that the laser stamping process is a purely technical process, and will not have an impact on the movement of buying and selling gold works, as it is still under the trial period. It was not officially approved, denying that working with it would affect the prevention of selling or not recognizing goldsmiths stamped in the old ways, or reducing their value. Officially working.

Wassef pointed out that the Division is in constant communication with the Ministry of Supply and the Stamping and Scales Department, to implement the process of gradually turning to laser stamping in a way that does not affect consumers and manufacturers, calling for anything other than official statements issued by the competent authorities in this regard.

These were the details of the news Gold prices today, Monday, January 17, 2022… and 21 karat at... for this day. We hope that we have succeeded by giving you the full details and information. To follow all our news, you can subscribe to the alerts system or to one of our different systems to provide you with all that is new.