Calls to save a famous Egyptian artist after his miserable pictures... 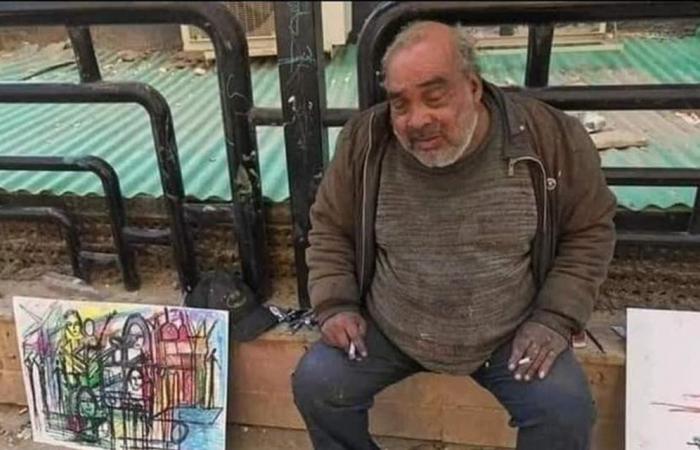 After a long trip in Germany and Britain, and participating in prominent films, such as “Hassan and Naima” and “Shafiqa and Metwally”, the situation narrowed with the Egyptian artist Shawki Abdel Hakim, and settled on a sidewalk in Mokattam, Cairo, drawing paintings for his livelihood, until the Egyptian officials intervened To put an end to this suffering.

No one knew that the sidewalk was so fed up with the artist Shawky Abdel Hakim, only after his miserable pictures spread on social media, which became a lifeline for the crisis.

Immediately, the “Homeless Children and Adults” team of the Ministry of Social Solidarity moved to rescue the homeless artist, and he was transferred from 15 May Hospital to a nursing home in Giza Governorate, Egypt, in coordination with the government complaints system affiliated to the Council of Ministers.

The artist traveled early in his life to Germany and settled there for several years, then moved to Britain before deciding to return to Cairo.

The artist, who speaks German, English and French, has a great talent for drawing. During his stay in Germany, he produced 300 paintings, each of which sold for more than $1,000.

The 59-year-old artist was interviewed by the Ministry of Social Solidarity teams for the first time on April 22, and he was sitting in front of a bookshop in Mokattam, selling art paintings. The past was through the social and psychological specialist, and the artist was present at the 15th of May Hospital after he was transferred to it through his brother, and in communication with the latter, the artist was transferred to a care home in Giza, ending a small chapter of his suffering.

These were the details of the news Calls to save a famous Egyptian artist after his miserable pictures... for this day. We hope that we have succeeded by giving you the full details and information. To follow all our news, you can subscribe to the alerts system or to one of our different systems to provide you with all that is new.