The third day of candidacy for the Zamalek elections .. “No... 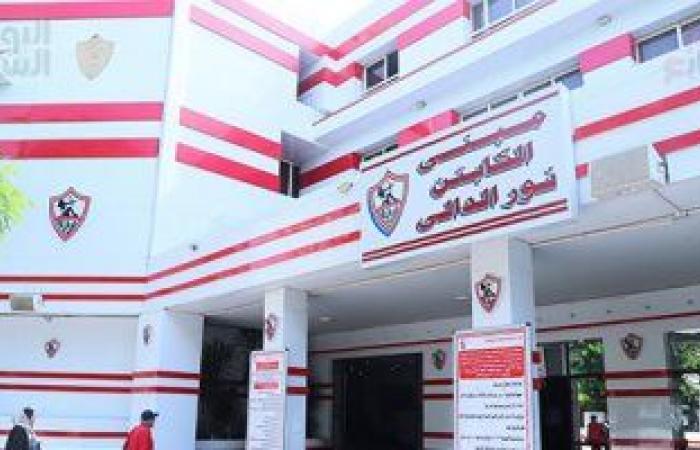 The third day of receiving applications from candidates for the upcoming Zamalek club elections, which started at eleven in the morning last Wednesday and continued yesterday Thursday and Friday, and extends for seven consecutive days, has ended, and no one has applied during the third day to open the door for candidacy for the club’s elections.

The first day witnessed the nomination of both..

– Majed Farouk Abdel-Gawad for the position of “Vice President”.

– Refaat Abdel-Raouf Shebl “on the position of a member over the age”.

– Ahmed Afifi Mustafa, on the position of “member over the age”.

– Ahmed Abdel-Haq Abdel-Wahhab, on the position of “Member Over Age”.

– Rajab Ahmed Rawash, “At the position of an over-age member”.

– Saif al-Islam Muhammad Yusuf, “on the position of a member under the age.”

– Mohamed Salah Hussein, on the position of a member of Than Al-Sun.

The Youth and Sports Committee supervising the elections is composed of: Abdel Rahman Al-Najjar, director of the Agouza administration, Iman Mohamed Ramadan, directorate of bodies in the directorate, and Hala Abdel-Qader Mohamed, directorate of Agouza youth. It starts receiving applications for eight hours a day, from eleven in the morning until seven in the evening.

It was decided to open the door for nomination and receipt of applications starting from Wednesday, December 22, for a week, and for a period of 8 hours, from 11 am to 7 pm.

The Board of Directors of Zamalek had invited the members of the general assembly who had paid the annual subscription for the last financial year and their financial obligations due at least fifteen days before the date set for the meeting of the general assembly, and whose active membership had passed for at least one year in accordance with the provisions of the law, regulations and the pandemic law No. 152 of the year 2021 to attend the ordinary general assembly meeting, during which the agenda will be discussed that includes ratification of the minutes of the previous meeting, consideration of the report of the board of directors on its work in the ended fiscal year 2020/2021, activity programs and work plan for the new fiscal year and the auditor’s report, approval of the budget and final account for the year The financial ended on 30/6/2021 and the draft budget for the next fiscal year, Election of the Board of Directors for the 2021/2025 session, Appointment of the auditor and determining his remuneration, Approval of the Board of Directors report on the salaries and bonuses of the Executive Director and the Financial Director, Consideration of proposals submitted on the legal date, other issues contained in the agenda.

These were the details of the news The third day of candidacy for the Zamalek elections .. “No... for this day. We hope that we have succeeded by giving you the full details and information. To follow all our news, you can subscribe to the alerts system or to one of our different systems to provide you with all that is new.