“Hamo” was killed by “Gega” during a quarrel over an amount... 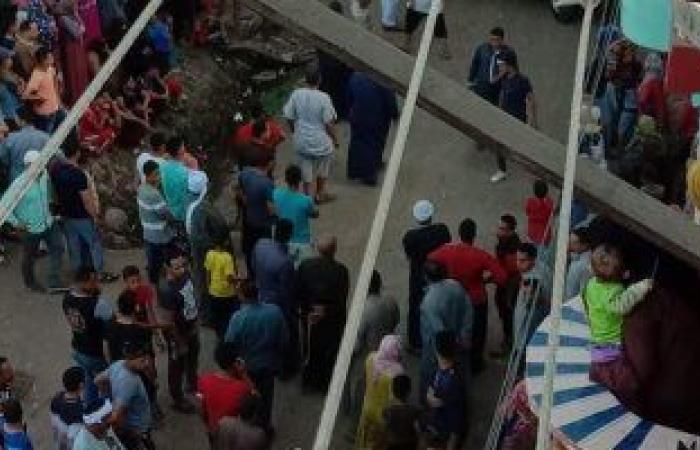 A mechanic was killed after being hit with a birdshot in the face during a quarrel between him and an unemployed man. He had previously been accused in 2 cases of “drugs and a firearm”, which led to his death while providing first aid to him at Nasser General Hospital in Shubra El-Kheima.

A report was issued regarding the incident, and the detective officers in the first department of Shubra Al-Khaimah were able to arrest the accused, and by presenting him to the prosecution, it ordered his detention for 4 days pending investigations, and the permission to bury the deceased after the completion of the anatomical work.

Major General Ghaleb Mustafa received Director Qalyubia security, a notification from the warden of the first department of Shubra Al-Khaimah, stating that a report had been received from Nasser General Hospital in Shubra that a person had been sprayed with birdshot in the face, and he died during treatment.

Major General Muhammad al-Anani, director of criminal investigations, was notified, and immediately Lt. Colonel Ahmed Asr, head of the investigations of the first department of Shubra al-Khaimah, moved to the location of the incident, and by inspection and examination it was found that a verbal altercation had occurred between “Muhammad H. A.,” and his nickname was “Hamo al-Sabah,” 29 years old, mechanic, resident. The Department of the Department, injured with birdshot in the face, was previously accused in 10 cases of “beating, attempted murder, drugs and weapons”, and died during his treatment, and “Mohammed Aa”, his fame is “Giga”, unemployed, previously accused in 2 cases.

Investigations indicated that the quarrel erupted due to financial disputes between them, and the latter fired a live bullet from an “individual cartridge”, which was in his possession, injuring the victim, which claimed his life, as indicated in the investigations.

These were the details of the news “Hamo” was killed by “Gega” during a quarrel over an amount... for this day. We hope that we have succeeded by giving you the full details and information. To follow all our news, you can subscribe to the alerts system or to one of our different systems to provide you with all that is new.