Minister of Solidarity: Egypt will launch the first national strategy for... 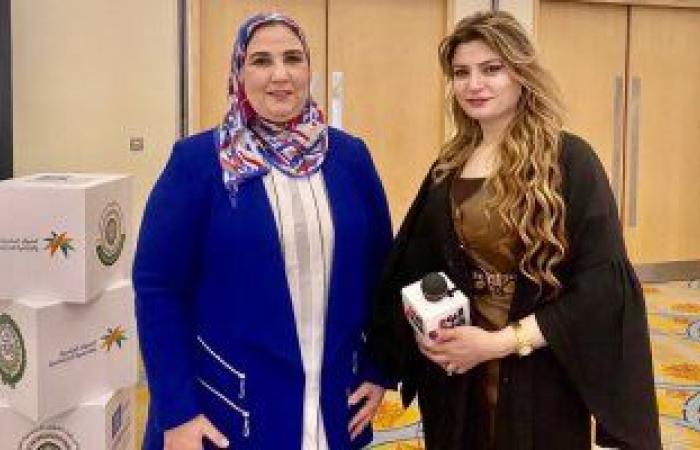 She said Minister of Social Solidarity Nevin Al-Kabbaj, in exclusive statements to “The Seventh Day” from Riyadh, said that Egypt has completed the first draft of the national strategy for volunteering, which coincided with Law No. 149 on regulating the practice of civil work, and it will be launched on March 22, as part of its hosting of the Arab Volunteer Strategy .

In her statements from Riyadh on the sidelines of her participation in the Conference of Arab Ministers of Development and Human Resources, Al-Kabbaj indicated that Egypt always emphasizes the value and importance of voluntary work and investment in human capital, which is always urged by the political leadership, as Egypt focuses on the issue of people with disabilities. Arab Day for Persons with Disabilities, and an International Day for Persons with Disabilities will be organized.

Al-Kabbaj explained that the volunteering strategy comes within 5 files submitted by Egypt out of a total of 11 files that deal with the most prominent issues in social affairs, including the protection of people with disabilities in times of crises and disasters.

Al-Kabbaj added, in her statements, that she discussed yesterday at the conference social transformations regarding care, protection and economic development with the Arab Ministers of Social Affairs, and the interactive meeting came after a large period of remote meetings due to the Corona pandemic, many issues and measures taken by the various Arab countries were discussed. To confront the repercussions of the Corona epidemic and how to protect the most vulnerable groups, we also put forward the position of social banks in Arab countries.

Al-Kabbaj continued, “The main axis of the meeting and Arab Ministers of Social Affairs this year was the economic axis and helping the careless and the poor family to gradually get out of poverty, especially in light of the challenges faced by Arab countries as a result of Corona and before it a period of revolutions known as the Arab Spring, and it was discussed how to protect Women and children are affected by violence, which has been increasingly forgotten over the past two years..

These were the details of the news Minister of Solidarity: Egypt will launch the first national strategy for... for this day. We hope that we have succeeded by giving you the full details and information. To follow all our news, you can subscribe to the alerts system or to one of our different systems to provide you with all that is new.