On her way to the hairdresser.. A bride, her cousin and... 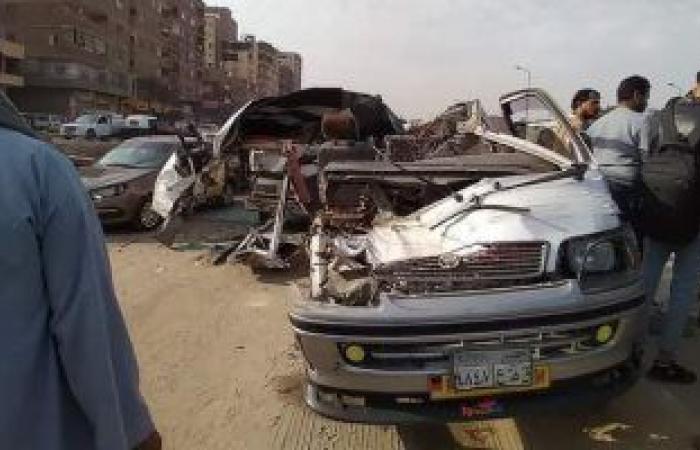 Three people, the bride, the groom’s brother and the bride’s cousin, were killed, shortly before, in a motorcycle collision with a truck on the “Al-Qassas-Zagazig Agricultural” road, in front of Ezbet Al-Baghada, in the New Al-Qasasin Center and City Department in Ismailia Governorate, and the dead were transported to a morgue. Central Hill Hospital.

Major General Mansour Lashin, Assistant Minister of Interior, Director of Ismailia SecurityA notification from Brigadier General Ahmed Murad, the warden of the Al-Qassas Police Station, reports that a motorcycle, driven by a young man and two girls riding behind him, collided with a vehicle carrying vegetables from behind after a vegetable cage fell from the vehicle in front of the motorcyclist, so he could not control the bike and crashed By car, a quarter of a vehicle was transported, and they were killed on the spot, on the “Al-Qasasin-Zagazig Agricultural” road, in front of Ezbet Al-Baghada, the district of the new center and city of Al-Qassasin in the Ismailia governorate.

A security source said that the deceased were on a motorcycle on their way to a “coiffure” in the city of Al-Tal Al-Kabeer in preparation for the wedding ceremony at night, which was scheduled for Friday, and the accident occurred in front of Ezbet Al-Baghada in the new Al-Qasasin, and the dead are: Asmaa Muhammad Naji, 23 She is a bride, and her cousin “Hajar Tawfiq Ibrahim” is 23 years old, residing in the city of Fayed, and the groom’s brother, “Mohammed Fathi Ibrahim,” 23 years old, resides in Awlad Saqr in the Sharkia Governorate.

These were the details of the news On her way to the hairdresser.. A bride, her cousin and... for this day. We hope that we have succeeded by giving you the full details and information. To follow all our news, you can subscribe to the alerts system or to one of our different systems to provide you with all that is new.