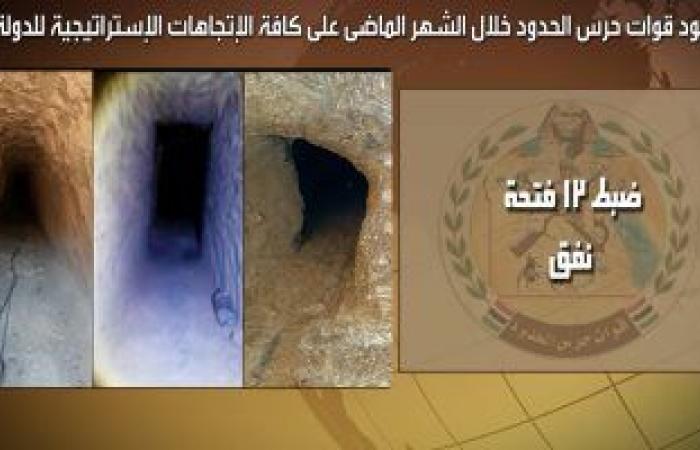 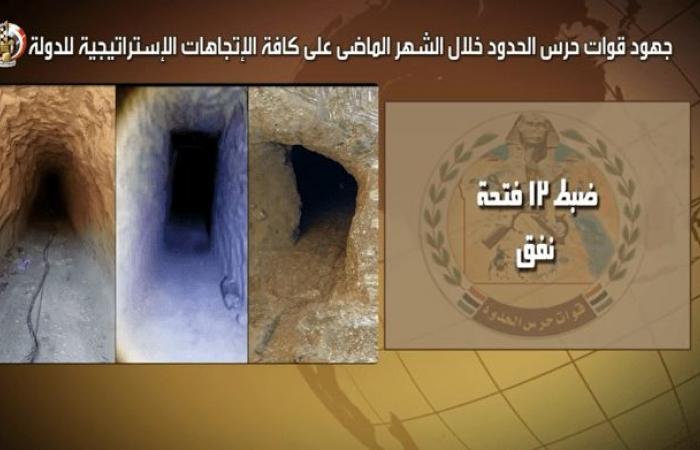 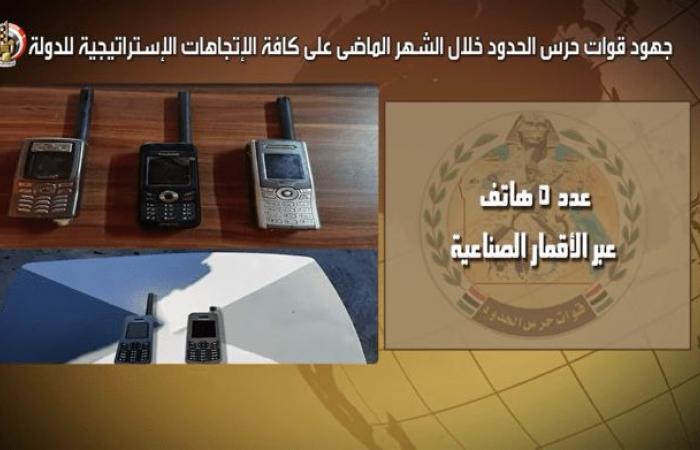 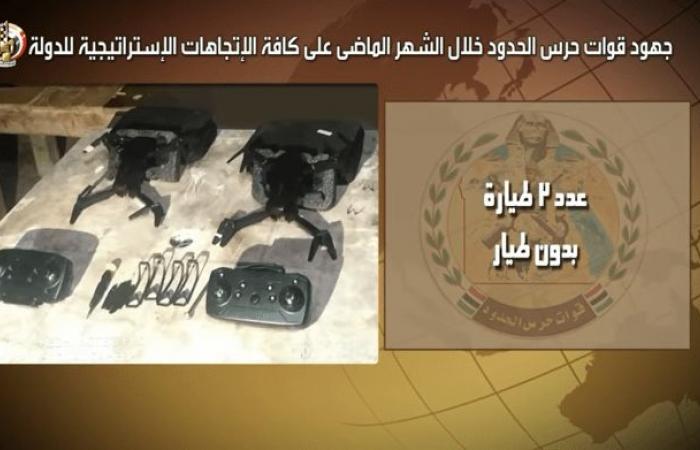 During the past month, the Border Guard forces managed to achieve many successes in all the strategic directions of the state, as 240 weapons of various calibers, 120 magazines of arms, and 9,000 rounds of different calibers were seized, in continuation of the efforts of the Border Guards forces in confronting smugglers and criminal elements and aborting plans and attempts. Which aims to threaten the stability of society and harm the Egyptian national security.

During the periodic inspections and insurance of cars and vehicles at the tunnels and border crossings, the border guards were able to seize 1050 kg of narcotic hashish essence, 1020 kg of the narcotic banjo plant, 93 thousand narcotic tablets of different types, 10 kg of opium and 150 kg of hydro narcotic plant.

The border guards also succeeded in carrying out a grand campaign to eliminate narcotic crops in the areas of South Sinai. The campaign resulted in the removal of narcotic crops with a total of 90 acres of poppy plants, and the seizure of a number of stores of narcotic plants and the destruction of their contents with a total of 3.5 tons of dry banjo, 5.5 tons of ground banjo and 120 Kg of banjo seeds, 50 kg of cannabis powder, 120 lawn brushes, 2 cannabis plants with its inclusions, and 12 tunnel holes.

In a related context, the border guards managed to thwart attempts to infiltrate and illegal immigration across the border, 2,267 individuals of different nationalities on the various strategic directions of the state.

These were the details of the news Egypt’s watchful eyes..Watch the moment the border guards caught smugglers and... for this day. We hope that we have succeeded by giving you the full details and information. To follow all our news, you can subscribe to the alerts system or to one of our different systems to provide you with all that is new.