After his name was given to a children’s park in Zamalek..... 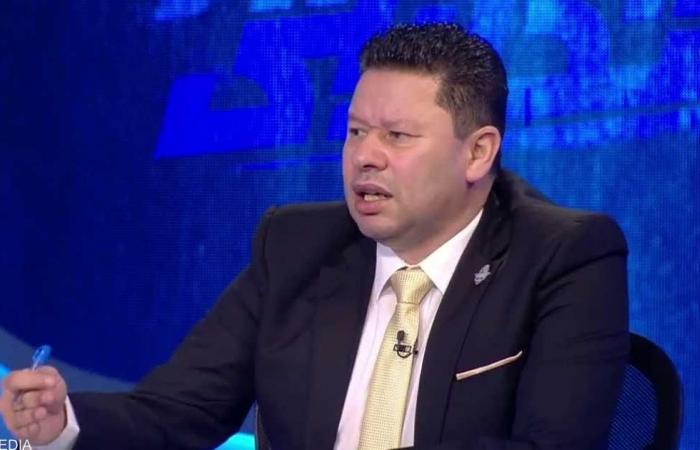 For his part, Reda Abdel-Aal expressed his happiness with this honor, thanking the president of the club Zamalek, mortada Mansour.

Abdel-Al added to “Sky News Arabia”: “A nice gesture from the management of the White Castle .. and the Zamalek club is the greatest credit for me in my football career.”

In response to those who described the honor as provocative, Abdel Aal said: “The Children’s Garden is part of the club, and one of its pillars, so I have no problem putting my name on it, but rather I am happy with that… and my relationship with Zamalek and Mortada Mansour is greater than just a banner bearing my name.”

And the former international player continues: “Although I played for the two poles of Egyptian football Al-Ahly and ZamalekHowever, the White Club considers me one of its sons, while no one remembers me in Al-Ahly Club, and in the end I owe the two clubs thanks for making my (stardom).”

Abdel-Al addresses the challenges facing Mortada Mansour during the current period, saying: “The most important thing now is to maintain the stability of the team, and isolate the players from any external crises, in order to enter the atmosphere of competition quickly.”

And he added: “In the event that Mortada Mansour succeeds in the elections, I think that he has learned well from the mistakes of the past, and is trying to accept everyone, and does not settle any old accounts.”

The former Zamalek player considered that the performance of Zamalek during his last match against the Egyptian Arab Contractors Club heralds the team’s ability to compete in local and continental championships.

It is worth noting that Reda Abdel-Aal moved from the Nile Pharmaceutical Club to Zamalek for 3 thousand pounds in the 1987-1988 season, and continued with the team for 6 years, and succeeded in achieving three league championships, two Egypt Cup championships, and the Afro-Asian Championship.

And then he moved to Al-Ahly in a record deal at the time, worth 625,000 Egyptian pounds, and with the Red Team he achieved 5 league championships, two championships for the Cup, the Arab Championship and the Arab Super Championship.

These were the details of the news After his name was given to a children’s park in Zamalek..... for this day. We hope that we have succeeded by giving you the full details and information. To follow all our news, you can subscribe to the alerts system or to one of our different systems to provide you with all that is new.