Banha Criminal Court orders the death penalty for the perpetrator of... 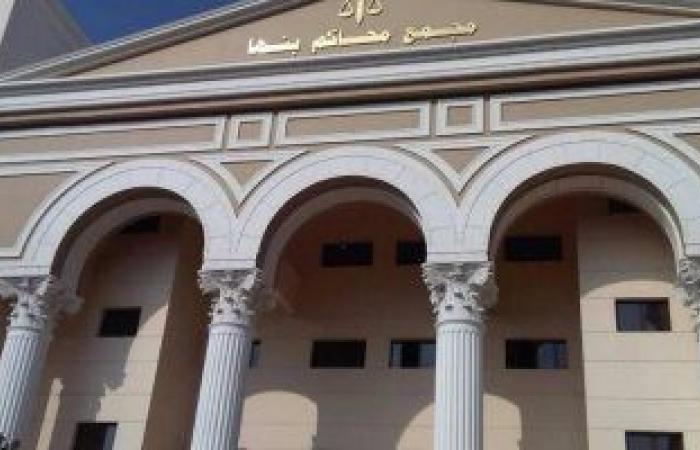 spent Benha Criminal CourtThe Sixth Circuit, headed by Counselor Mr. Hashem Al-Sadiq, and the membership of advisors Muhammad Halim Khairi, Naji Nasr Hilal, and the Secretariat of Muhammad Farhat, to death by hanging, the accused “Ahmed C”, the perpetrator of the Siva massacre, known as the “Toukh massacre”, which killed a doctor and a pension employee. , while 4 others were injured.

The referral order related to the case included that the accused deliberately killed the victim, Diaa El-Din Abdel-Azim, with premeditation and premeditation. He inflicted several stab wounds to his body, and the victim tried to seek help and escape from the accused’s grip, but he followed him and continued to assault him, causing him the injuries described in the anatomical report, which claimed his life.

And he added, that this felony was accompanied by another felony, which is the murder of the victim, Muhammad Abdel-Alim Barakat, with premeditation and premeditation, that the house of intent and the determination to get rid of those who interfere with the implementation of his criminal project towards the first victim, by paying several stab wounds that settled in the chest of the second victim He also proceeded to kill “Mansour AM”, “Ashraf ER”, and “Al-Sayed AA”, as they tried to prevent him from committing his crime.

The court witnessed strict procedures, as the accused attended in a security guard, supervised by Major General Mohamed Anani, director of the Criminal Investigation Department in Qalyubia, and Colonel Mohamed Saeed, head of the court’s investigations.

The facts of the Al-Sifa massacre case date back to December of last year, when the accused, “Ahmed J.”, residing in the village of Al-Sifa, affiliated to the Toukh Center, stabbed a number of citizens from the village, using two knives, which he carried in both hands, which resulted in the killing of two people. and wounding 4 others.

The Public Prosecution charged the perpetrator of the crime with the premeditated premeditated murder charge of the victim, Dia Al-Din Abdul-Azim Muhammad Hamid, that he had made the intention and made determination and prepared white weapons for that, and waited for him in the place he knew in advance to pass through, and stabbed him, which led to his death.

These were the details of the news Banha Criminal Court orders the death penalty for the perpetrator of... for this day. We hope that we have succeeded by giving you the full details and information. To follow all our news, you can subscribe to the alerts system or to one of our different systems to provide you with all that is new.