Announcement of emergency in Greater Cairo 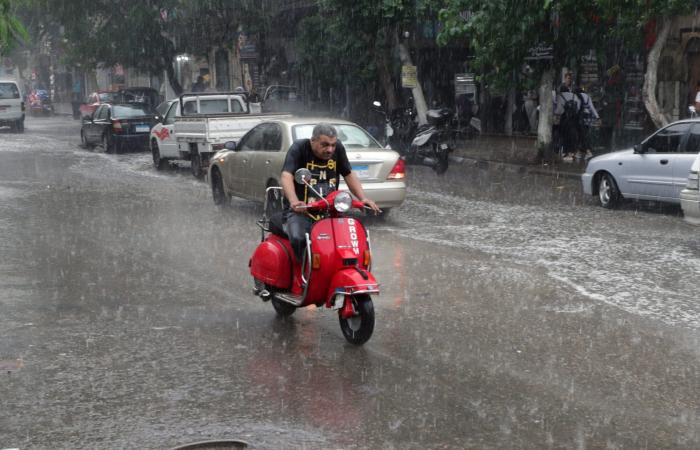 The Sanitation Company in Greater Cairo, Egypt, declared a state of emergency to deal with rainfall, in light of forecasts from meteorologists that Cairo will be exposed to heavy rains in some of its areas.

A spokesman for the Sanitation Company in Greater Cairo, Walid Abdeen, said that coordination with meteorology is underway on an ongoing basis, and equipment, including suction cars, pedals, equipment, workers, technicians, engineers and drivers, are deployed on the main axes and streets to deal with any rain, adding that 145 were paid. Prepared in coordination with the Drinking Water Company to cover the neighborhoods of Cairo and deal with rain water.

He pointed out that the crisis of rainwater gatherings in the Cairo highway, Al-Mansa area, and Youssef Abbas Street in Nasr City was resolved, by implementing a 3 km drainage line on the highway, with a diameter of 1200 mm, at a cost of 200 million pounds, to deal with rainwater gatherings. In addition, the Giza Governorate is paying what Approximately 165 equipment and pedals, and the degree of preparedness, emergency and stationing in areas expected to be exposed to rain, until further notice.

He pointed out that about 5 underground charging wells linked to groundwater were built at depths of up to 50 meters on the Cairo-Alexandria Desert Road before the Grand Museum, to deal with any emergency, and to suck rainwater and mix it with groundwater.

He pointed out that during the past periods, the purification of rain sewers, networks, complexes, and pits of lifting stations was completed to increase their capacity, raise the efficiency of major lifting stations, review the backup generating units, focus on the main axes, squares, houses and bridges, and raise the degree of preparedness at the 125 hotline and customer service centers. Immediate handling of any crisis.

These were the details of the news Announcement of emergency in Greater Cairo for this day. We hope that we have succeeded by giving you the full details and information. To follow all our news, you can subscribe to the alerts system or to one of our different systems to provide you with all that is new.