Traffic forms operating rooms to follow the movement of cars in... 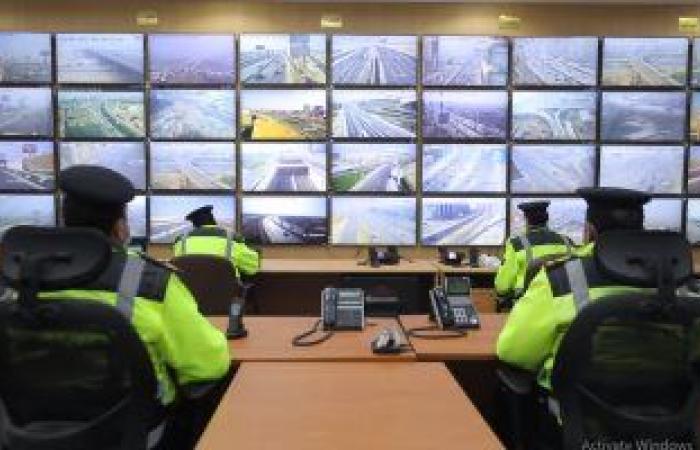 The General Directorate of Giza Traffic implemented a total closure of Al-Ahram Street and its intersection with Mariouteya Road to establish the Mariouteya metro station within the fourth line of the subway, amid the spread of traffic services to follow the movement of cars. Works to implement the works of the fourth line of the subway project, with traffic diversions for the movement of cars.

The Traffic Department made traffic diversions to facilitate the citizens, within the framework of handing over the locations of the fourth line stations of the Al-Ahram Street subway project to the National Authority for Tunnels to implement the project. There are 6 metro stations on the fourth line on Al-Ahram Street. The length of the station’s work site is approximately (370 m) and its width is approximately (18 m).

A security source confirmed that the traffic diversions included the first detour: the movement of vehicles coming from Al-Remaya Square and Al-Nasr Square and wishing to walk in the direction of Al-Ahram Street. Then turn around and return from the turning hole located on Mansourieh Road in front of Al-Tawheed and Al-Noor areas, then return to Mansouriya Road again.

– Walk right in the direction of Anwar El-Sadat Corridor (formerly Tersa) and continue in the direction of Al-Ahram Street by making a roundabout and returning again to Tersa axis from the turning hole located after the newly built Tersa Bridge house and returning to Tersa Street, then turning right towards Nemat Allah Street until Al-Ahram Street.

The General Directorate of Giza Traffic coordinated with the executing company to install the necessary directional and warning signs for the traffic diversion around the business to guide, educate and facilitate citizens.

These were the details of the news Traffic forms operating rooms to follow the movement of cars in... for this day. We hope that we have succeeded by giving you the full details and information. To follow all our news, you can subscribe to the alerts system or to one of our different systems to provide you with all that is new.