A new charge and an urgent trial for the kidnapper of... 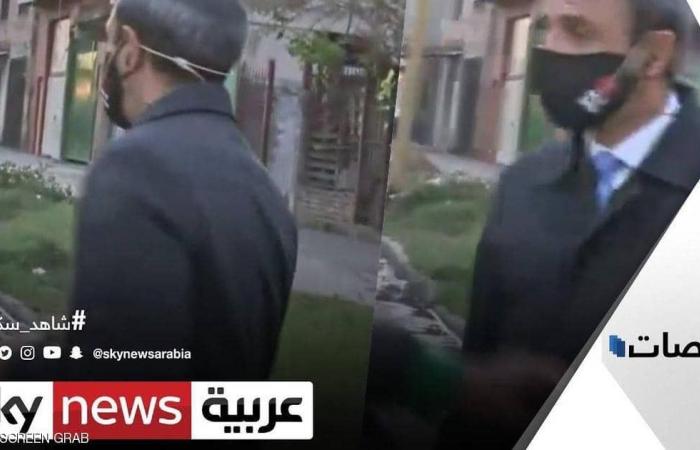 According to a judicial source who spoke to Sky News Arabia, the Shubr Al-Khaimah Prosecution decided a second in Qalyubia, north of the city Cairo Refer the accused to a speedy criminal trial before misdemeanour court He was charged with theft in addition to the charge of driving a motorcycle and driving in the opposite direction of traffic.

The source explained that the referral to the court also included the merchant who bought the phone stolen from the journalist on charges of participating in the crime of theft, as well as covering up the accused and not reporting his crime despite his knowledge of it.

was Egyptian security In less than 24 hours, he was able to arrest the accused in the case of kidnapping a cell phone from a journalist during a live broadcast of his newspaper’s page on Facebook.

The incident occurred on Tuesday morning, while an Egyptian journalist was broadcasting live on his newspaper’s Facebook page to talk about the earthquake that hit some Egyptian cities. Live broadcast Continuing, the face of the thief appeared to millions of followers, which caused a great case of controversy among the tweeters during the past hours, and the image of the accused was widely circulated with sarcastic and varied comments.

For its part, the Egyptian Ministry of Interior said after midnight on Tuesday that it had revealed the circumstances of the incident of an unknown person who was riding in a car Motorcycle A mobile phone was kidnapped from a reporter of a news website when he was on the top of the ring road in Bahtim area in the second section of Shubra El-Kheima in Qalyubia while he was broadcasting a live video clip using the mobile phone and fled.

The Ministry of the Interior clarified that the efforts of the research team formed under the leadership of the Sector of General Security With the participation of the Criminal Investigation Department of the Qalyubia Security Directorate, it was concluded that the perpetrator of the incident was an unemployed person residing in the Qalyub police station, north of Greater Cairo.

She confirmed that after legalizing the procedures, the accused was targeted and seized at his place of residence, as well as the motorcycle used in the commission of the incident, and by confronting him, he confessed to committing the crime and instructed the seized mobile phone to a merchant residing in the center’s department.

has been notified Public Prosecution Which ordered the detention of the defendants pending the case and handing over the phone to its owner, then the decision to refer the case to the urgent trial came.

These were the details of the news A new charge and an urgent trial for the kidnapper of... for this day. We hope that we have succeeded by giving you the full details and information. To follow all our news, you can subscribe to the alerts system or to one of our different systems to provide you with all that is new.