The 10-university deal opens fire on “Abdul Ghaffar”… Accusations of the... 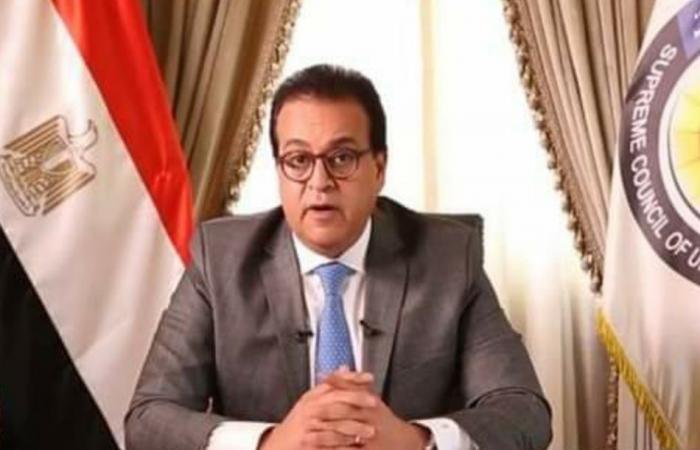 The protocol signed by the Ministry of Higher Education yesterday with the El Sewedy Company to implement 10 private technological universities opened fire on the Minister of Higher Education, Dr. Khaled Abdel Ghaffar, as this deal raised many questions and question marks about the policy of the Ministry of Higher Education in the file of private universities, in the forefront, why is this being attributed? The large number of universities for only one company and not the other? Isn’t that perpetuating a monopoly, and the executing company has a monopoly by owning 10 entire universities? Isn’t it better to put these universities up for competition between more than one company to ensure competitiveness? And what is the experience of the El-Sewedy company in university education to take over the implementation of this large number of universities? Or is the matter only intended to profit at the expense of the quality of education that the Egyptian state sets as a strategic target in the education development system? Then, is it not the first time for the Ministry to conduct an extensive study on these universities and present them to the private sector to attract those with experience?

Before discussing these questions raised by this controversial deal, it is necessary to emphasize the importance of the role of the private sector in education, which is a pivotal role that cannot be touched, but rather is the locomotive for the development of education in Egypt. Which made it the subject of legitimate questions.

In this direction, Dr. Wael Kamel, a professor at Helwan University, said that this will lead to negative results and are closer to the situation now in the problem of weak demand for private universities, whose problem has been addressed with a bigger problem, which is “on-sales”, the total that has been reduced to percentages that reached more than 10% He said: “The question that arises is whether the presence of a single technical school for a commercial enterprise is a measure and a condition for its success in establishing 10 universities? Are there studies conducted for the labor market’s need for these 10 universities? And if there are studies conducted similar to studies of expansion in the establishment of new private universities? It is necessary to reconsider who carried out those studies.

Dr. Sami Nassar, a university professor and educational expert, said that the presence of private sector companies in the educational partnership must be available to everyone and not limited to one sector, explaining that there are many private sector companies other than the public sector that have what qualifies them to enter into partnerships with the Ministry of Higher Education or Universities, but it must be in different ways, studies and programs capable of change related to what is happening in the world today of industrial and educational revolutions.

The educational expert stressed the need not to be distinguished, and not to rely on financial ability only, but rather with the presence of expertise and scientific competitive capabilities, in light of the diversity of the educational system currently in Egypt, stressing at the same time the importance of expanding the number of universities and to be available such as private universities and the presence of scholarships for students.

The educational expert pointed to the importance of a kind of competition between the private sector, to obtain a successful model capable of participating in the development processes of the educational process, pointing out that it is better to have competition between all national companies in the service of society and give them full opportunities and provide what they have. Of experiences capable of creating the best and keeping pace with global development in light of the diversity of the education tributaries in the country at this time.

Dr. Reda Massad, the former assistant minister of education and educational expert, said that in the event of expansion in the establishment of technological universities, it must be in a well-thought-out manner, and the support or funding for it should have clear fingerprints in the educational field and have the expertise that qualifies him to be present in the educational arena in addition to other universities, including private ones. Which students flock to only in top colleges, especially the medical sector, such as “medicine – pharmacy – dentistry”, and private universities, which are close to the specializations of technological universities, so it is necessary to set the basic frameworks for the success of the experiment and to make the most of it.

Massad put forward the idea of ​​competition between businessmen and private sector companies, to be present in the educational arena and not be limited to a specific company and sector to establish these universities. The private sector, provided that all contribute to the development witnessed by Egypt in terms of education, whether pre-university education in technological schools or university education in technological universities.

These were the details of the news The 10-university deal opens fire on “Abdul Ghaffar”… Accusations of the... for this day. We hope that we have succeeded by giving you the full details and information. To follow all our news, you can subscribe to the alerts system or to one of our different systems to provide you with all that is new.