An Egyptian study indicates the importance of mouthwash in protecting against... 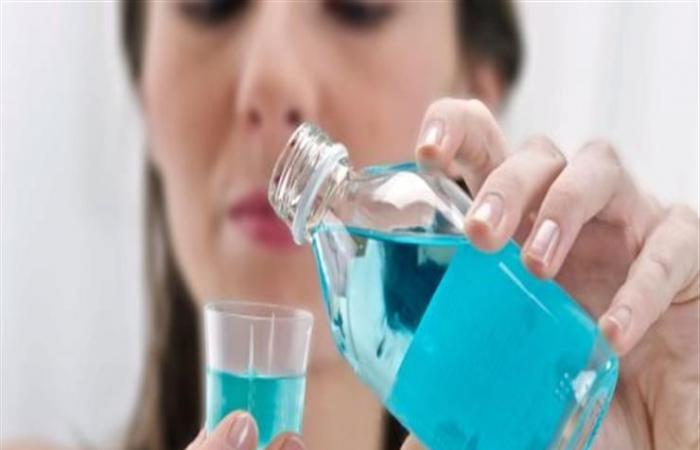 A study conducted by Egyptian researchers from Cairo University indicated that regular daily use of mouthwash may protect against infection with the emerging coronavirus, and reduce severe symptoms, according to the newspaper, “Daily Mail”.

And the British newspaper, quoting the Egyptian study, stated that people who took less care of oral health were more likely to develop severe symptoms if they contracted the virus.

She explained that the Egyptian study was the latest in a long series of studies that linked poor oral hygiene and the risk of infection with corona.

The Egyptian researchers who conducted the study explained that the mouth may act as a reservoir for the virus, which increases the risk of symptoms if they are infected with it.

The results of the study showed that patients with better oral hygiene had milder symptoms and less inflammation in their bodies.

And “Daily Mail” said that the Egyptian study “is the latest research that highlights mouthwash as a potential tool to help eliminate corona.”

Researchers at Cairo University tested the theory on a group of 86 patients with corona with heart disease, and doctors evaluated the patients’ oral hygiene and the severity of their symptoms.

The British newspaper pointed out that the researchers have not yet published their full results.

He added that other good oral health habits such as brushing teeth and regular dental visits may “prevent or reduce the severity of corona,” and he continued by saying: “Oral tissues can act as a reservoir for the emerging corona, which leads to the emergence of a high viral load in the oral cavity, therefore, we recommended to maintain Oral health and improvement of oral hygiene measures, especially during infection with the Corona virus.

And “Daily Mail” reported that the study was presented at the American College of Cardiology Middle East 2021 meeting.

And the British newspaper pointed out that the Egyptian study is not the first to find a relationship that mouthwash can help people avoid contracting a dangerous infection with Corona.

She emphasized that researchers believe that the substances in mouthwash disrupt the lipid membrane surrounding the virus, impeding its ability to infect people.

These were the details of the news An Egyptian study indicates the importance of mouthwash in protecting against... for this day. We hope that we have succeeded by giving you the full details and information. To follow all our news, you can subscribe to the alerts system or to one of our different systems to provide you with all that is new.