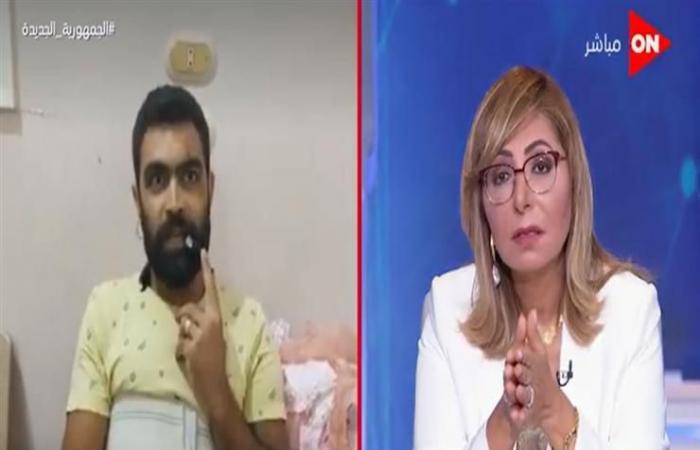 The hero Ahmed Ghareeb Ahmed, the teacher, recounted the details of his rescue of two girls from death under the wheels of the train, saying: “While I was delivering a friend to the “Cairo-Tanta” train station to go to his village, he witnessed the fall of a girl and her sister on the train tracks between the train and the station platform. I took a moment and rushed down and saved the two girls, and he didn’t think of myself for a moment.”

And “Gharib” added in his dialogue through the “Zoom” application of the “Last Word” program on the “On E” channel today, Saturday: “Our Lord’s measure, that I saved her the scene that I saw, made me hesitate for one moment,” explaining: “The first 7-year-old girl fell between The train and the platform, and her sister came down while she was in the third grade of middle school to save her younger sister, and when I saw them, I quickly went down to save them.”

And he continued, “The diameter was walking, and I went under it, and about three train cars came upon us,” explaining: “The distance between the diameter and the sidewalk is small and not enough for me to cross, about 20 to 30 cm.

And he added: “When we were under the water, I found the big girl incubating her brother and sleeping on top of her to protect her, but part of her leg was on the towing rod, and I put my feet on them to leave them in front of the wheel, and when I did that, I took the wheel in a way and preferred to put my feet on them until the diameter was more than one. Another name is Hussam. From above the sidewalk, we supported the girl’s brain. We tried to stick them on the sidewalk for the sake of Arabic and peace.”

He stressed: “The moment I saw the situation, I thought of my daughters, who are the same age as the two girls, and I imagined them in their exact place. When I got down, I didn’t see anything except that I watched the seconds in which the train cars crossed, and I felt that even from my body, I went away, but I hit them with my feet.”

These were the details of the news “We were overwhelmed by 3 cars” .. A teacher reveals the... for this day. We hope that we have succeeded by giving you the full details and information. To follow all our news, you can subscribe to the alerts system or to one of our different systems to provide you with all that is new.