Renaissance Dam .. what effect the installation of “generator rotor” Renaissance... 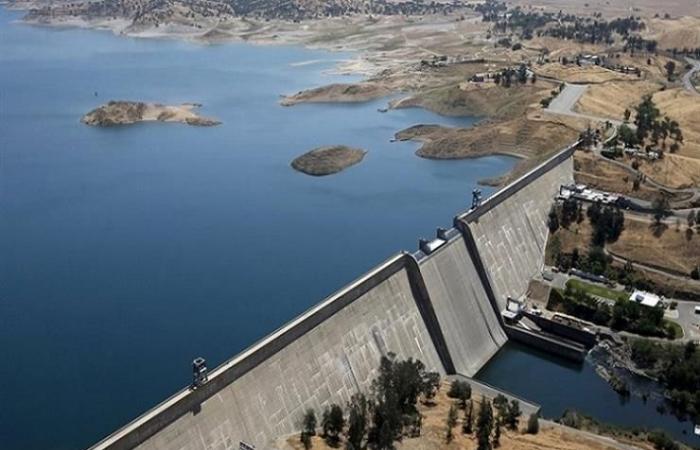 Sileshi Bekele, the Ethiopian Minister of Water, Irrigation and Energy, announced his country’s success in installing a “rotary turbine” generator unit in the tenth unit of the Renaissance Dam.

Dr. Mohamed Nasr Allam, former Minister of Irrigation, said that generating electricity from the dam is a development goal for the Ethiopian people, explaining that Egypt and Sudan’s dispute with Addis Ababa is a reality as a result of Ethiopia taking unilateral steps; Whether related to filling or operating.

Allam pointed out, in a special statement he made to “Masrawy”, that what Cairo seeks is to preserve its water rights from the Nile River, and not to cause harm to any party, stressing that the signing of an agreement binding on all parties and coordination on filling and operation are the main pillars of the two downstream countries. ; On the contrary, if the Renaissance Dam file was managed in a more cooperative manner, Egypt would have provided expertise and support. So that everyone benefits.

The former Minister of Irrigation indicated the possibility of resuming negotiations in the Congolese capital, “Kinshasa,” adding: We hope that they will be according to a specific timetable and with political will. To resolve the points of contention of the three countries.

The Ethiopian minister had said about a week ago that his country was ready to start generating electricity from the Renaissance Dam within the next few months.

Dr. Abbas Sharaki, Professor of Geology and Water Resources, stressed that the step of operating the turbine means a new challenge for the parties to the conflict. Because the Ethiopian side is proceeding with unilaterally planned implementation steps.

Speaking to Masrawy, Sharaki added that Ethiopia has a plan to install and operate 13 turbines from the dam, pointing out that the estimated water flow from the turbine’s operation is expected to pass between 50 and 100 million cubic meters of water to the two downstream countries.

The irrigation expert explained that Ethiopia is still dealing with the file as having the right to store, fill and operate without the participation of any party, despite the fact that the Ethiopian steps affect the downstream countries; Whether during flood seasons or throughout the year.

And last July, Tunisia submitted to its 14 partners in the UN Security Council a draft resolution calling on Ethiopia to stop filling the Renaissance Dam reservoir that Ethiopia is building on the Blue Nile River, and which raises a conflict between it and the two downstream countries.

On Wednesday, the Security Council adopted a presidential statement calling on the parties to the Grand Ethiopian Renaissance Dam to resume negotiations under the auspices of the African Union.

Dr. Dia Al-Din Al-Qusi, an advisor to the former Minister of Irrigation, said that talk of electricity generation is farcical; Because it has a power generation of not more than 1600 watts, and it did not achieve real development for the Ethiopian people, and therefore Egypt does not care about the matter much.

Al-Qusi added, in a special statement he made to “Masrawy”, that the recommendation of the Security Council statement stipulates setting a time limit for negotiations and announcing the results of these negotiations by signing a binding legal agreement, pointing out that the goal of announcing this step is to enter the negotiations from a stronger perspective from the two parties to the conflict. .

These were the details of the news Renaissance Dam .. what effect the installation of “generator rotor” Renaissance... for this day. We hope that we have succeeded by giving you the full details and information. To follow all our news, you can subscribe to the alerts system or to one of our different systems to provide you with all that is new.