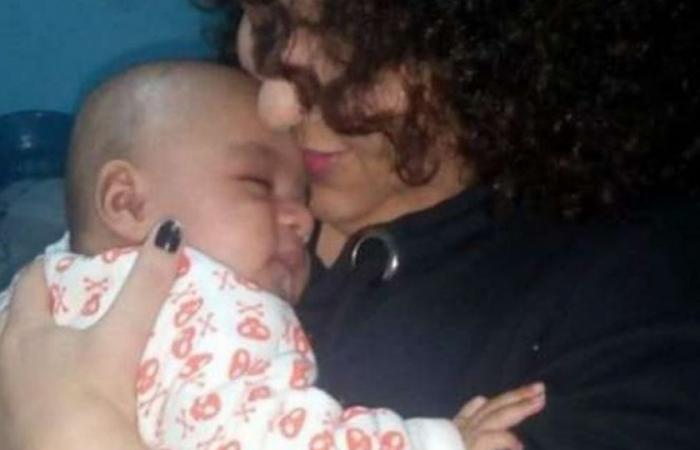 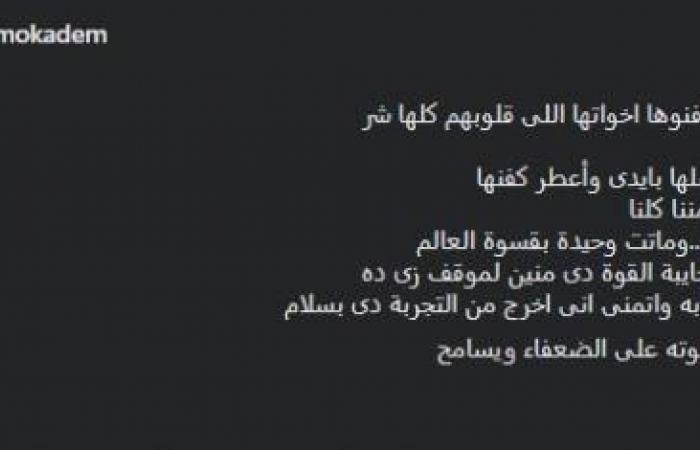 A state of sadness experienced by lawyer Dina Al-Mokadam, who supported and adopted a story and a case «Farida» A victim of religious strictness in her family, as well as the harshness of society and the negative judgment on her, as she grew up in a family that forced her to wear the niqab, and got acquainted through social media with a group of young people promoting ideas that are different from the nature of her family and her upbringing, she enjoyed until they persuaded her 6 years ago to escape , to get her out of domestic violence practiced on her, but in the wrong way.

Days passed until Farida gave up life and despaired of it, until she decided to commit suicide, leaving a six-year-old child named Dahi, waiting for a nursing home to take care of him, after ending her life by cutting her hand arteries with a sharp instrument, inside her apartment in the downtown area. In Cairo, where she documented the final moments during “Astory”, which she published through her account on the social networking site “Facebook”, to bid farewell to life afterwards.

Dina Mokaddam with “Frida” until the end

The lawyer, Dina Al-Mokadam, continued her journey in the care of the young woman, even after her suicide and her departure from our world. They bury her sisters, their hearts are all evil and cruel.”

And “Dina” continued during her publication: “Now I’m going to wash her hands and perfume her shroud, and take her to a place more merciful than all of us, she lived as a victim and alone, and she died alone in the cruelty of the world.”

Perhaps this was the first time that the lawyer was encouraged, and participated in the work of washing the deceased, but her affection towards “Farida” strengthened her heart, as she said: “I have no idea, I bring this strength from a position like this, but surely our Lord has his reasons, and I hope I come out of this experience in peace, I hope the world eases its cruelty to the weak and forgives, our Lord Almighty forgives, may God have mercy on you, Farida.

A unique story that led her to suicide

A unique story dating back 6 years, when she escaped from the oppression of her family, and fell victim to ideas different from her upbringing, under the name of freedoms. Close friends, especially after I got pregnant with him.

These were the details of the news Her family refused to bury her… A lawyer honors “Farida” after... for this day. We hope that we have succeeded by giving you the full details and information. To follow all our news, you can subscribe to the alerts system or to one of our different systems to provide you with all that is new.