Uncle of a child in Assiut after his liberation: We did... 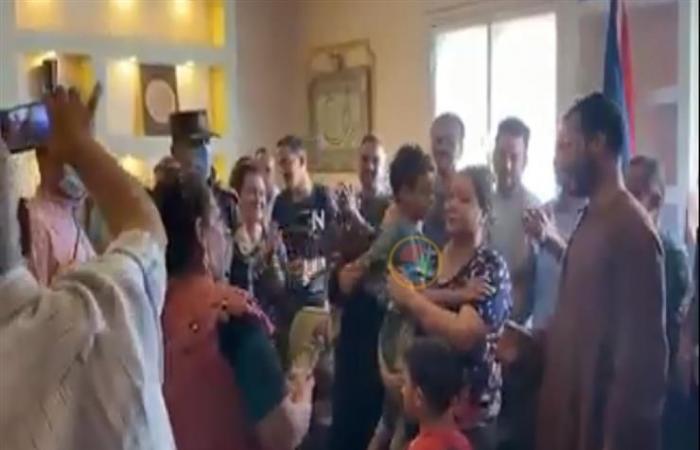 Osama Ezzat, the uncle of the child Amir Nadi, who was liberated by the police from his kidnappers in Assiut, said that the family lived through difficult moments with all its members whose hearts were crushed, adding: “His mother was dying.”

Ezzat added, during a telephone interview with the media, Lamis Al-Hadidi, on the “A Last Word” program broadcast on the “ON” channel, on Monday evening, that the 6-year-old boy was playing in front of his house in the village of Al-Shamiya in Assiut governorate with two of his friends, and it was not too late, until Two masked people on a motorbike wearing glasses arrived and kidnapped Amir from among his friends at exactly eight oclock.

The child’s uncle stated that the two masked people took agricultural roads, and some parents tried to follow them, but the kidnappers fired shots at them, but they failed to save the child, which prompted them to go to the police to report the incident.

Ezzat thanked the Interior Ministry men who managed to liberate the child only 36 hours ago, so that he can return to his family, continuing: “In our height of concern, they used to tell us what is good, so we thank the policemen, whether public or national security, and President Abdel Fattah El-Sisi, who contributed to the development of The security system is of this proper form.”

The child’s uncle added: “The kidnappers had no prior knowledge of the child’s family, and his father is a simple citizen, and this kidnappers always think that the parents will pay what they have of money, to save their children.”

These were the details of the news Uncle of a child in Assiut after his liberation: We did... for this day. We hope that we have succeeded by giving you the full details and information. To follow all our news, you can subscribe to the alerts system or to one of our different systems to provide you with all that is new.