“Saqqara Girl” Salma El-Shimi: “There are people who do not even... 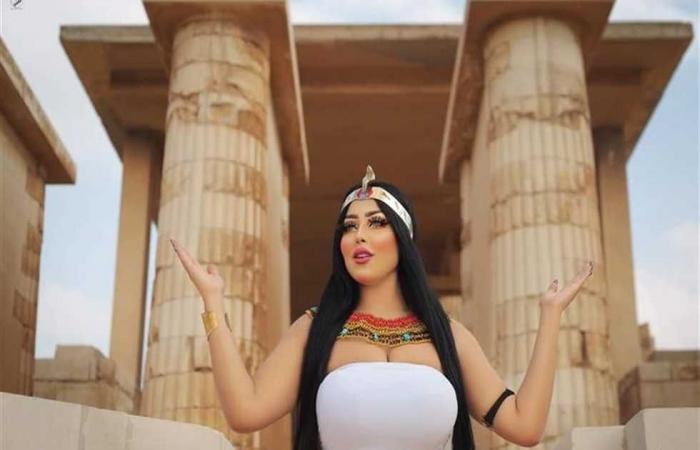 Salma El-Shimi, known as the “Saqqara Pyramid Girl Photo”, said that she photographed in front of the pyramid to stimulate tourism, explaining: “I wanted to do something useful for my country.”

“Al-Shimi” added during her meeting with the program “Happens in Egypt” presented by journalist Sherif Amer on the screen of “MBC Egypt”, on Wednesday, that her family did not understand the reaction, especially after the big attack on her, noting that there are many actresses, so they did the same. In the past, she said, “I was shocked by the reaction against me.”

“Salma” revealed that she had paid 1500 pounds to a person. She said that he was one of the guards of the place, in order to enter and photograph in front of the Saqqara pyramid, saying: “I saw people who were not dressed at all and started to photograph at the pyramid.”

And «Al-Shimi» sparked controversy in the recent period after undergoing a photo session in front of the Saqqara pyramid, which caused a stinging attack by the pioneers of social networking sites.

After “Al-Shimi” underwent the filming session, she was arrested, because she did not obtain a license to photograph, as filming in such archaeological areas requires obtaining a license, and then she was released on a 500-pound bail.

These were the details of the news “Saqqara Girl” Salma El-Shimi: “There are people who do not even... for this day. We hope that we have succeeded by giving you the full details and information. To follow all our news, you can subscribe to the alerts system or to one of our different systems to provide you with all that is new.