A bomb called “normalization with Israel”! 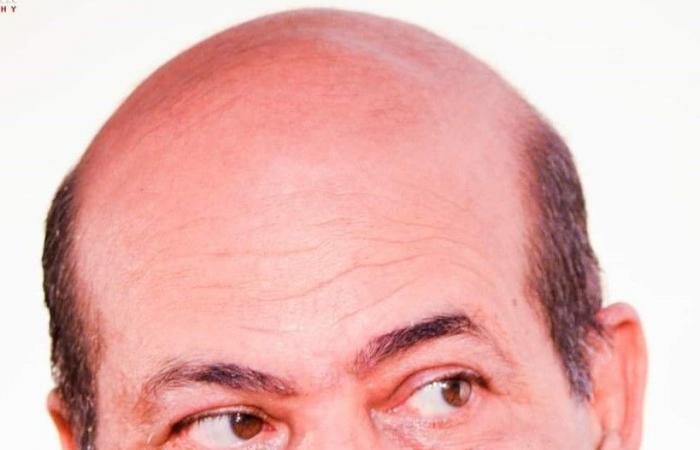 You will read on (Social Media) the name of Mohy Ismail in a statement denouncing the honor of Gerard Depardieu and calling for a boycott of the (El Gouna) festival. At the same time, you will find Mohi Ismail with his fat and flesh present at the opening ceremony, smiling, happy and amazed at those who put his name on the boycott list.

What is your impression on the presence of Ashraf Zaki, the head of the Actors Syndicate and President of the Academy of Arts and the Vice President of the Federation of Artistic Syndicates, in (El Gouna)? Meanwhile, Omar Abdel Aziz, president of the Technical Syndicates Federation, issued a statement threatening everyone who prints to implement the regulation, which amounts to expulsion from the union’s tables.

And not only Ashraf is the only one who violated the decision. Dozens of theoretically imposed artists and technicians are subject to punishment. Musaad Fouda, the filmmaker captain, signed the boycott statement, not to mention that a number of members of the Journalists Syndicate issued a similar statement and began collecting signatures against their colleagues.

It is randomness in its fullest form, each party only believes that it is right while the falsehood is the others. Ashraf Zaki told me that the Technical Syndicate Union’s decision is legally invalid, because he and Hany Shaker, the head of the Musicians ’Syndicate, did not sign it.

A great writer supported the statement rejecting the boycott of El Gouna because of Depardieu, then came back and wrote I reject normalization, but Depardieu is not a typist.

Foggy and ambiguous areas and the unions we are afraid to break into to remain in the “quiet far corner” and (long ago). We just hasten to activate the word elastic (all size) I mean (Zionist tendencies), describing tendencies of a nature that tolerate anything, and tolerate nothing.

For example, two years ago, some thought that Lelouch, the French director, had these tendencies, and that is why they signed a statement refusing to honor him at the Cairo Festival. A number of them this time were in El Gouna after they confirmed, after analyzing a sample of Depardieu’s blood, that he was devoid of tendencies.

More than once, the technical unions demanded to reconsider the General Assembly decisions that were taken under the chairmanship of Saad Eddin Wahba in the year 80 and renewed in 96 and included all the details and forms of the boycott. The reality, after nearly a quarter of a century, has completely changed. We have seen a number of Arab countries conclude peace agreements with Israel, and there are other countries that will sign in the coming days.

Do not forget that we have a “death imagination” called (the Union of Arab Artists). It also has its decisions that are binding on all Arab artists, to prevent normalization, while normalization is a jellyfish word.

We must first drop from our lexicon those accusations that have become inflicted on everyone, and on both sides each side accuses the other of opportunism or (angry), while the role of the technical unions is to put out the fire instead of pouring petrol.

The only way is for the general assembly of the three unions to meet, to re-contemplate the reality in which we live in all its dimensions, and it is not permissible for everyone to stand incapable of a correct and modern reading of the current scene.

It is the responsibility that unfortunately the art unions in Egypt are evading from, although it is the only way to extinguish the fires burning around us, and I also speak (to you, my neighbor) I mean Diaa Rashwan, the Syndicate of Journalists !!

These were the details of the news A bomb called “normalization with Israel”! for this day. We hope that we have succeeded by giving you the full details and information. To follow all our news, you can subscribe to the alerts system or to one of our different systems to provide you with all that is new.