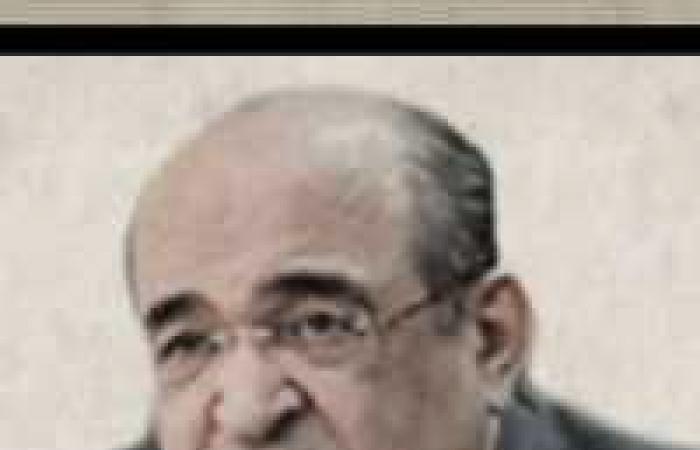 I wrote more than a year ago about my enthusiasm for naming the administrative capital by the name (Al-Mahrousa) and I provided clear justifications for this that stemmed from the historical connection of the attribute of the Mahrousa to the name of Egypt, in addition to its meaning which indicates that (Al-Kinana) is protected from the Creator, and I was pleased that a great writer, Salah Montaser, in his column wrote about the same meaning, and the well-known sociologist Dr. Saad Eddin Ibrahim agreed with us in what he wrote after that in this context, and here I am today calling for the announcement of this name for the new administrative capital so that it will be attached to it before its opening. Mahrousa is a name named after it and it is in harmony with the name of Cairo, the historical capital of Egypt, and I have multiple arguments that reinforce The opinion that I give, because the names are many and each has a special taste, but the expression of the administrative capital or the new capital is both a limited descriptive expression that does not give a sincere expression of this giant project, which is associated with a national awakening and a tremendous shift towards a different future, and when we talk about the historical capital and the modern capital in the names of Cairo and Mahrousa We put Egypt in its proper place and confirm its high position, which has known other capitals before, including Taibah, Fustat, Qataat and the military, before a star rises in the sky called (Al Qahir) that astronomers are glad to see, so that the Egyptian capital becomes Cairo. Our enemies make us call the new capital (Al-Mahrousa), realizing that God protects the land that has been revealed above its valley, Glory be to Him, to His Prophet Moses the kilim, and here I am not diving into the occult, but I am referring To my conviction, like millions of others, that God protects Egypt and guards its land, river, seas and atmosphere, and here I refer to the following observations:

First: I express my happiness because the interest in the new capital was not at the expense of the original capital, which witnessed the history more than a thousand years ago and knew the events that took place on its land over the centuries, so I discovered with satisfaction that the interest in the new capital and the joy of its appearance will not be at the expense of the interest in Cairo Al-Muizz, Perhaps the new axes, the wonderful bridges and the tunnels that solve the problems of traffic congestion, starting from Rawd al-Farag to the outskirts of the new capital, in addition to what happened and is taking place in Tahrir Square, which makes it an expressive spot on the history of Egypt with the lofty obelisk in the middle, perhaps all of this is confirmation that the interest in the new is not on The account of the old, but rather they go in parallel for the better in every direction.

Second: Those who contemplate the road network leading to the new capital, which connects it to the mother capital, realizes that we have an advanced pattern of urban planning with a distant strategic vision for the future, especially since the new capital (Al-Mahrousa), God willing, will possess architectural, cultural and economic components that make it the destination of visitors and the jewel of Egyptian cities Especially since it began with the Great Mosque of “Al-Fattah Al-Aleem” and the Great Cathedral, which was inaugurated by the prayers of our Coptic brothers, and the head of state visited them.

Third: The belt of the new universities that surrounds the major Egyptian cities, starting with the names of (King Salman), (Majesty), (Al-Alamein), (New Mansoura) and others appear in their entirety as stars studded in the nation’s sky and raised flags and beacons of education in a country that confirms all the evidence that Its future is linked to the expected boom in the fields of education and training, as they are the gateway to the next era, and there is no dispute that this matter concerns the first concern and great care of the Egyptian state despite the difficulty of the challenges and the many problems in extremely sensitive and complex circumstances.

Welcome to Al Mahrousa, as she joins the convoy of Egyptian capitals and adjacent to the ancient architecture in order to spread growth, call for prosperity, and be a good pioneer for the country and its people.

These were the details of the news El Mahrousa … the new capital | Egyptian today for this day. We hope that we have succeeded by giving you the full details and information. To follow all our news, you can subscribe to the alerts system or to one of our different systems to provide you with all that is new.